Tony Anthony: "I will not be silenced"

Controversial evangelist Tony Anthony has republished his supposed autobiography 'Taming the Tiger', despite claims that many parts of it has been made up.

The book, which tells the story of Tony Anthony's conversion to Christianity, was originally published in 2004 by Authentic Media and sold over one million copies. But after an an independent panel set up by Avanti following discussions and nominations by the Evangelical Alliance concluded in 2013 that significant parts of the testimony were untrue, the book was pulled.

Mr Anthony's account has now been republished under the same title by RoperPenberthy Publishing under the New Wine imprint.

Returning to the spotlight, two years after the ruling from the independent panel, he told Premier he "will not be silenced", describing the investigation as a "ruthless attack".

The evangelist continues to stand by his original testimony, claiming the past two years had been "really challenging" but that the number of invites for speaking engagements had increased.

He admitted the episode had left "a bad taste in the mouth" and said he wanted to protect his children from "the negative aspects of the press".

"For me my primary concern is to honour the Lord and proclaim the gospel, not get caught up in crossfire," he said, explaining he had "never stopped' his ministry", and carried on preaching the gospel.

He admitted he had not responded directly to the attacks, choosing instead to "follow Jesus' example" of remaining silent before accusers.

Although the panel's report was never published in full, they stated "large sections of the book Taming the Tiger, and associated materials, which claim to tell the true story of Tony Anthony's life, do not do so".

Barrister and chair of the independent panel John Langlois, who has released his own lengthy report, said that contrary to Anthony's testimony, the evangelist never went to China, was never involved in Kung Fu and never worked in close protection.

Speaking to Premier, Mr Langlois accused RoperPenberthy Publishing of being "third rate", claiming they had not done enough to ensure Anthony's testimony was true, before publishing.

"We went into it very deeply indeed [in 2013]...[Tony] cannot recognise Chinese characters and doesn't know how to speak the Chinese language...Generally speaking the book itself is completely fictious with a few historical additions to it, but we thought even those facts were distorted."

Mr Langlois reported Anthony's mother had refused to give evidence to the panel and said she was "tired of his lies".

But publisher Richard Roper told Premier he was confident in re-releasing the book with only minor alterations to the original storyline. He said there was "a lot of opinion but very little substance behind the allegations". 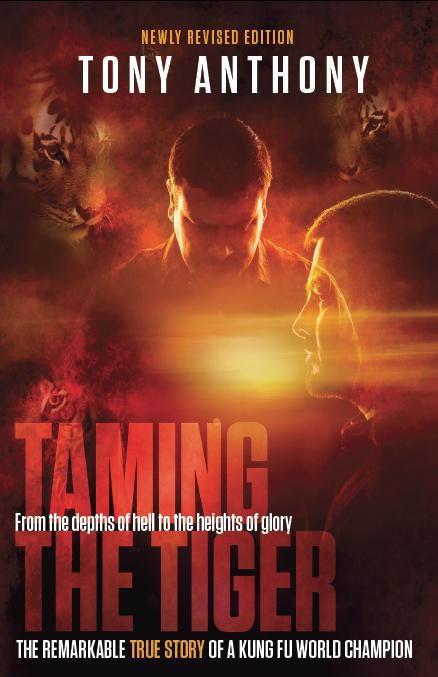 Mr Roper said most of the questions raised against Anthony have already been answered adequately on forthesakeofthegospel.co.uk.

"I've yet to see a substantial piece of documentary evidence or testimony which says Tony was not [in China] then...That kind of hard evidence is lacking".

Mr Roper admitted the republished book was not "historical fact in every word and detail", preferring to refer to it as "a dramatised account" which can be used to present the gospel message.

The Evangelical Alliance has responded by reissuing their previous statement about the independent panel which found Tony did not spend his childhood in China, he was never Kung Fu world champion and never worked in close protection.