Tim Farron has been speaking after the two politicians criticised Cadbury and the National Trust for removing the word Easter from their egg hunt events.

In a statement, Mr Farron said: "Theresa May and Jeremy Corbyn have got egg on their faces today. They both scrambled out eggs-traordinary statements criticising Cadbury's and the National Trust for something they haven't actually done.

"This is a eggs-tremely big distraction. I think we all feel poached by this whole sorry saga, but none of us more so than Cadbury's and the National Trust, who have done nothing wrong and are right to feel egg-rieved by the criticism they have received." 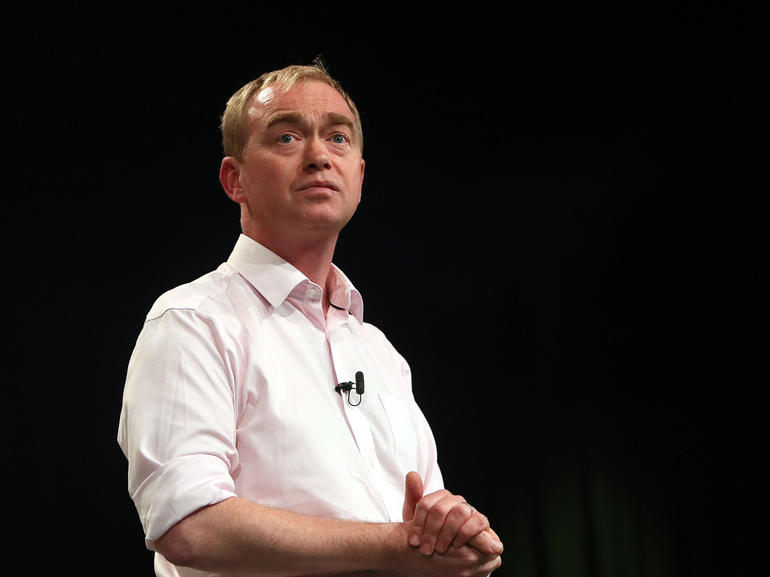 Meanwhile, the National Trust is facing a boycott among its members after the controversy.

A number of people have contacted the conversation charity about cancelling their membership, according to the Daily Telegraph.

The event, which is sponsored by Cadbury, was called the 'Easter Egg Trail' in recent years, however, its name this year is the 'Cadbury Egg Hunt'.

Bishop of Durham Rt Revd Paul Butler told Premier: "I think it's a real sadness that Cadbury's managed to drop Easter out of the title of their big egg hunt because it is Easter; and the eggs are intimately tied to Easter.

"They've always been a symbol of the resurrection."

Cadbury said it is "clear to see" the word Easter is visible in its promotional material and on the chocolate maker's website.

The National Trust denied downplaying the importance of Easter, with a spokesperson adding: "A casual glance at our website will see dozens of references to Easter throughout."

Spokesman from the Church of England accused the National Trust of "updating" the page overnight and "seemingly adding" a number of references to Easter.

Bishop Paul added: "It's a shame that, perhaps, that the National Trust didn't pick [Cadbury] up on that and didn't ask themselves the question, 'Why have you dropped Easter'.

"Because, it is Easter weekend; that's the title of it, that's what it's about."