'The situation is more desperate than ever': Bishop demands safe routes for refugees

A Catholic bishop in Scotland has expressed great concern for the situation that refugees face when they attempt to enter the UK.

Bishop William Nolan of Galloway, President of the Catholic Church's Justice and Peace Commission, has called on the UK Government to make "safe and legal routes" available for refugees attempting to come to the UK.

Bishop William's plea comes ahead of the three-year anniversary of the refugee camp known as 'the jungle' in Calais being demolished.

He said in a statement: "Three years ago, the French and UK governments demolished the refugee camp known as 'the jungle'.

"Many thousands of people were dispersed across France, and the infrastructure of support and solidarity provided by so many volunteers was destroyed.

"Three years on, the situation in Calais, Dunkirk and other areas is more desperate than ever.

"The policies of attrition - wearing down refugees through harsh treatment, including eviction from places of shelter; confiscation of possessions; assault and use of pepper spray - are forcing already vulnerable people to increasingly desperate measures, pushing them into the arms of people smugglers and human traffickers." 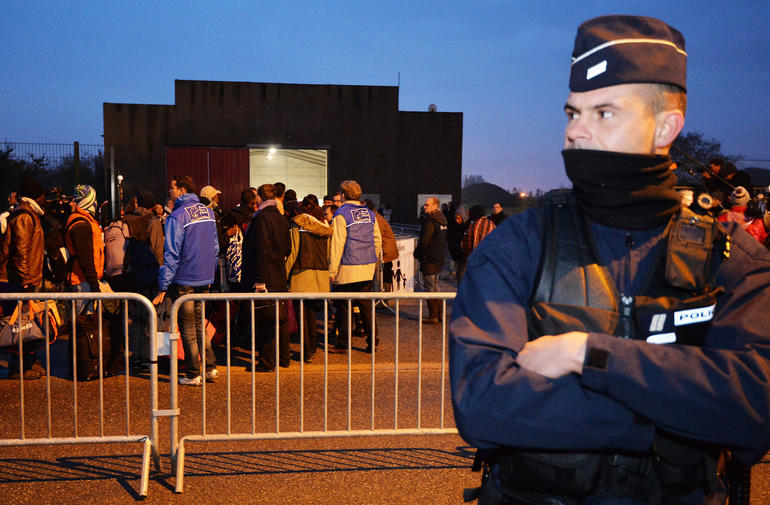 He said during his visit to Calais in 2017, one year after the jungle's demolition, he witnessed several young refugees sleeping rough, and after issuing a statement calling on authorities to take action, nothing has been done.

"Now, three years since the jungle was destroyed, and with no progress being made, I once again join the calls made on our government that safe and legal routes must be established, and that an infrastructure which allows for dignified living for those in Calais must be a priority," Bishop William said.

The bishop's remarks come after Amnesty International has reported on the "unprecedented restrictions, including threats and violence, denunciation in public discourse, and criminalization" being faced by volunteers and staff in northern France.

Their report 'Targeting Solidarity' documents the increasingly hostile tactics being used against volunteers from a range of organisations in France who are filling the gap left by the state for providing food, clothing and medical care.

The Scottish Catholic Church said: "It is therefore paramount to end the human rights violations faced by this group' and to repeat the calls made by NGOs and Bishop William which requires that France ensures its asylum and reception system is fit for purpose and that the UK increases the number of refugees and asylum-seekers it currently accepts by providing safe and legal routes."

In early 2019 as part of a project called 'Encounter: Calais', two groups of volunteers travelled down to Calais with Care4Calais, one of the volunteer aid organisations, and met the community at Maria Skobtsova Catholic Worker House.