Stormzy has said he feared the country was going to "slaughter" him when his Glastonbury Festival performance was hit by technical difficulties, but feels he wa

Stormzy has said he feared the country was going to "slaughter" him when his Glastonbury Festival performance was hit by technical difficulties, but feels he was "saved by God".

The rapper said he wanted to "cry so bad" when his in-ear monitors blew twice during his historic set, and that he was certain it would be the end of his career.

The chart-topper, who was the first black British solo artist to headline the music event, revealed that his mother missed the live performance in June because she was praying for him to succeed after the pastor at her church experienced a negative vision about his set.

Stormzy, 26, told the Observer magazine: "The pastor saw reviews that said: 'The worst performance of all time' and then a hand coming down holding a stamp, and stamping on the review, DENIED."

He said his mother's pastor had called her just before he took to the stage, and that they and other members of their church prayed for the grime star while he performed live on the Pyramid Stage in front of thousands of fans as his in-ear monitors failed.

Although he did not know it at the time, his set was seen as a success, and he now believes that God saved him - as well as muscle memory.

He said: "I was so ready for that show. I've never been more prepared for anything."

The music star said that if it had not gone well, he thought: "The country's going to slaughter me for this. They're going to absolutely rip me to shreds..."

He added: "There wouldn't have been no second album." 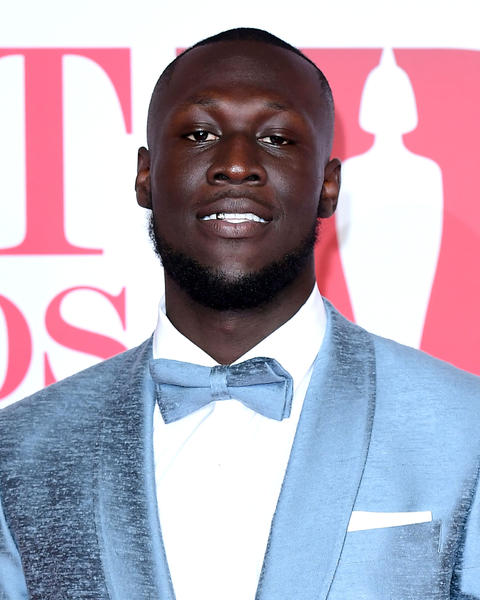 Stormzy, real name Michael Omari, said that after his in-ear monitors blew for the second time in the space of minutes during his performance, he could not hear anything.

"I'm in no-man's land. Finished. Can't hear nothing for the rest of the show," he said.

"I'm just rapping to this faint sound of the festival speaker PA, but then sometimes I get the full sound of the crowd, like DUUHHHHHHHH, and then nothing.

"And then I would hear like a conversation, faint little bits of laughter, like the mic is left on in a control room. It was fully like I was going mad.

"So I'm just rapping, and all that's going on through my head is, 'Oh, my God, I want to cry so bad. This is the pinnacle of my entire life and it's all going to s***.'

"And I was just thinking, 'Just pray. Just keep thanking God, giving God the glory, and take it all in.'"

He said that after coming off the stage he was "literally bawling my eyes out".

Stormzy, who has guest edited this week's Observer magazine, also hit out at politicians who react negatively to him when he talks about current affairs.

"I'm intelligent. That's why there's always a bit of a smugness to me," he said.

Stormzy released his second album, Heavy Is The Head, on Friday.