Allegations of sexually inappropriate "actions and words" by former megachurch leader Bill Hybels are "credible", an independent investigation has found.

A four-person panel also concluded board members of his former congregation, Willow Creek Community Church in Chicago, had been "unable to provide effective oversight" of him.

It concluded: "The credibility of the allegations would have been sufficient for Willow Creek Community Church to initiate disciplinary action if Bill Hybels had continued as pastor of the church."

Willow Creek initially denied claims published in the US media - including alleged sexual impropriety by Bill Hybels with a former assistant.

As more women came forward, Hybels resigned, though he continued to deny the accusations. Willow Creek launched an investigation.

An Independent Advisory Group (IAG) spent six months scrutinising the allegations, as well as the response of Willow Creek Church and the Willow Creek Association. 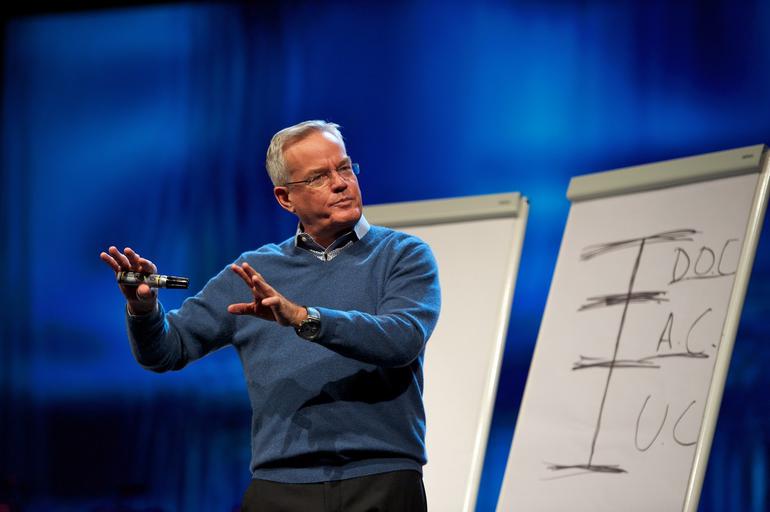 The other two participants were Margaret Diddams, provost of Wheaton College and Gary Walter, ex-president of the Evangelical Covenant Church in Chicago.

The IAG said its conclusions were reached after conducting "multiple interviews" and a "broad review of documents and information".

We ask for your prayers for our Elders as they process the report and determine next steps. Thank you for your faithful engagement in the life and ministry of this church. We remain confident in God's goodness and His plans for us.

It also concluded Hybels "verbally and emotionally intimidated" both female and male employees. Problems at Willow Creek were confined to Hybel, it suggested.

The 17-page document recommends Hybels undergo counselling. It concludes Willow Creek Church ought to foot the bill of counselling for people "directly harmed by their interactions with Bill Hybels".

It also says both the church and association should adopt "written polices" which set out appropriate and inappropriate behaviour.

Willow Creek's elder board said it would review the report.

In a statement, it added: "While we cannot change the events of the past, we grieve what has happened, ask for forgiveness, and commit ourselves to pursuing healing and reconciliation."