A priest has been killed after two men stormed a French church armed with knives and slit his throat.

Fr Jacques Hamel, 84, had served the community of Saint-Etienne-du-Rouvray, south of Rouen, for decades. 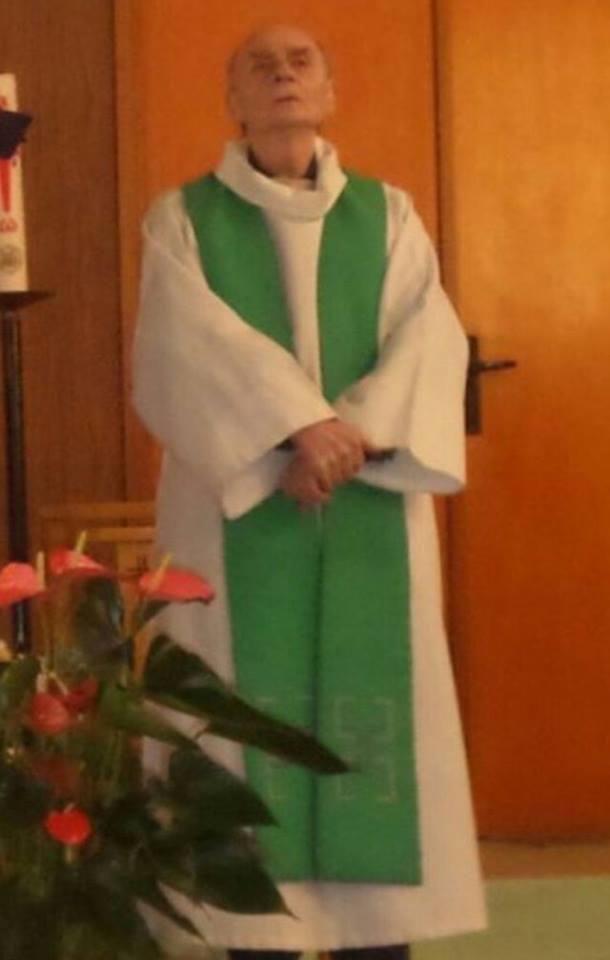 Police shot both the men dead after they took the priest, two nuns and several worshippers hostage at the church.

A parishioner was seriously injured and is critically ill in hospital.

One of the nuns, identified as Sister Danielle, said: "They forced him to his knees. He wanted to defend himself. And that's when the tragedy happened."

"They recorded themselves. They did a sort of sermon around the altar, in Arabic. It's a horror," she told BFM television.

Of her fallen colleague, she said: "He was a great priest."

Newspaper Le Figaro quoted police sources as saying that at least one of the two hostage-takers had a beard and was wearing a "chachia" skullcap of the kind worn by some Muslims.

Anti terror police are at the scene and one person has been detained in connection with the attack.

The Islamic State group has claimed responsibility for the attack in a statement published by the IS-affiliated Aamaq news agency.

The statement said the attack was carried out by "two soldiers of the Islamic State."

It's reported a nun managed to escape the early morning service and call for help at around 10am.

Police said their operation was completed by 11am.

A number of shots were heard over a period of around 15 seconds as the incident came to an end.

The area around the church remained cordoned off and the old town was out of bounds.

Eulalie Garcia, who works in a beauty parlour on the same road as the church, told reporters that she knew the priest, who had taught her the catechism as a young girl.

"My family has lived here for 35 years and we have always known him," she said. "He was someone who was treasured by the community. He was very discreet and didn't like to draw attention to himself."

She said she was very shocked by the death of the priest, who lived opposite his church. "It can happen to anyone," she said. 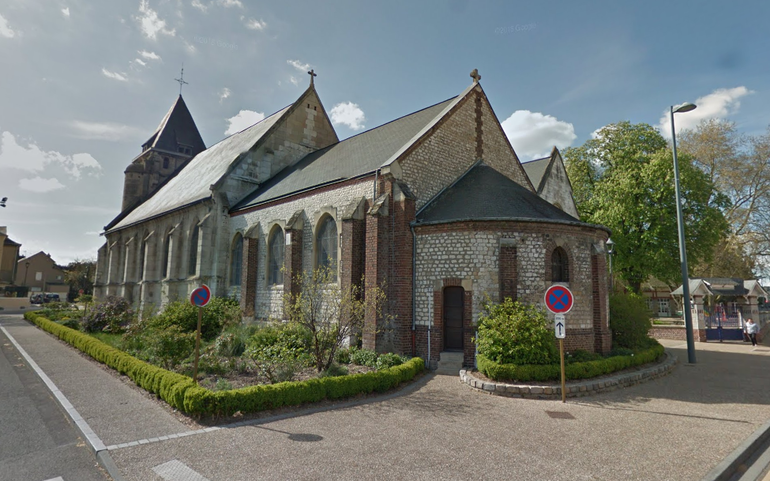 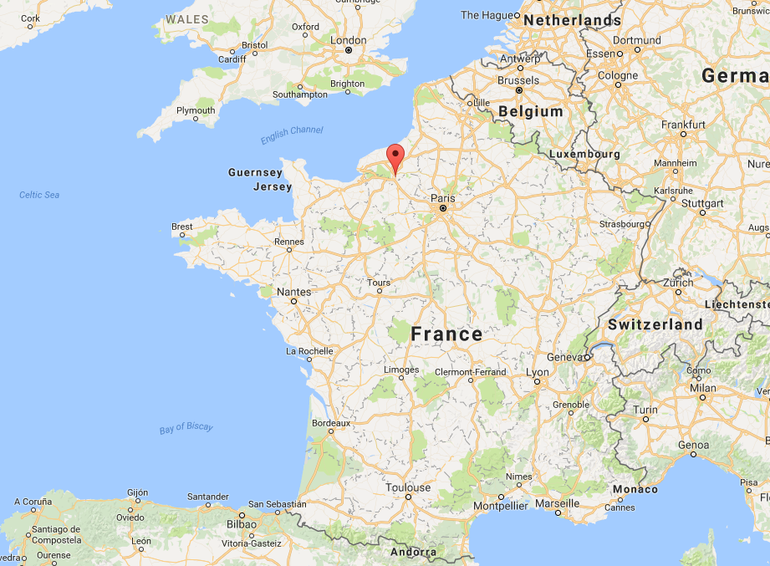 A spokesman for the ministry of the interior, Pierre-Henry Brandet, confirmed that the priest was dead and said another hostage was "between life and death".

Mr Brandet told French TV channel BFMTV: "The two hostage-takers came out of the church armed and it was at that point that they were neutralised by the police."

French newspaper Le Figaro reported that the church was suspected to have been on a list of Catholic places of worship in the area around Paris drawn up as possible targets by Sid Ahmed Ghlam, an Algerian student arrested last year on suspicion of murdering a mother-of-one during a botched attempt to attack a church in Villejuif. 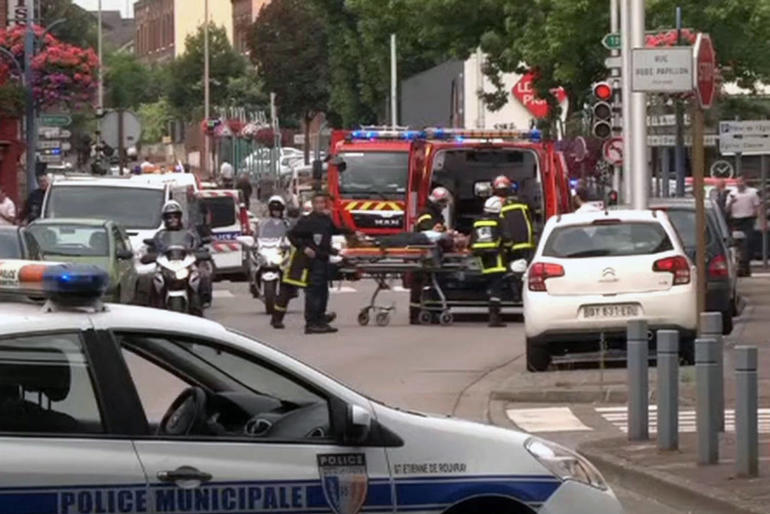 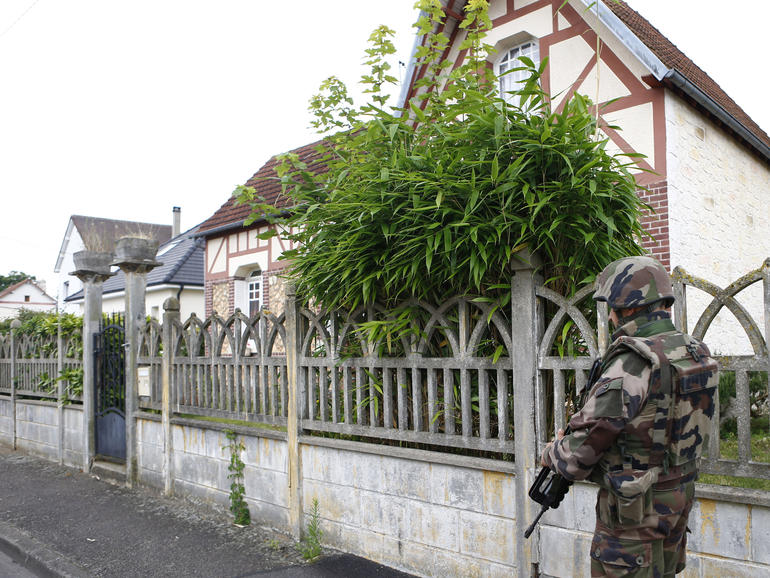 The Vatican called it a "barbarous killing".

Archbishop of Canterbury Justin Welby tweeted: "Evil attacks the weakest, denies truth & love, is defeated through Jesus Christ. Pray for France, for victims, for their communities."

French Prime Minister Manuel Valls expressed his "horror at the barbaric attack on the church" and said he would go to the scene.

French president Francois Hollande called the incident a "vile terrorist attack" and said it is another sign that France is at war with IS, which has claimed a string of attacks on France.

"We must lead this war with all our means," he said in Saint-Etienne-du-Rouvray.

Mr Hollande expressed support for all France's Catholics but said the attack targets "all the French."

Archbishop of Prague Cardinal Duka tweeted: "The church has never been and is not a place for demonstration activism, or other violence. It is the house of the Lord. Praying for #Rouvray". 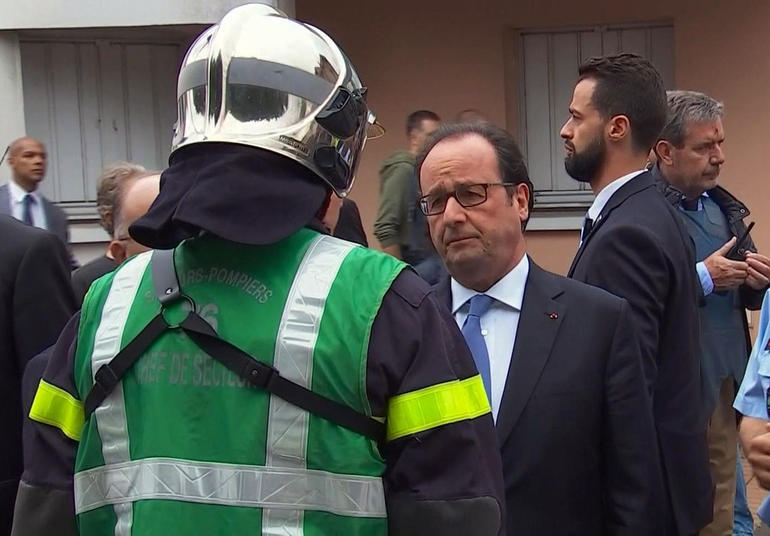 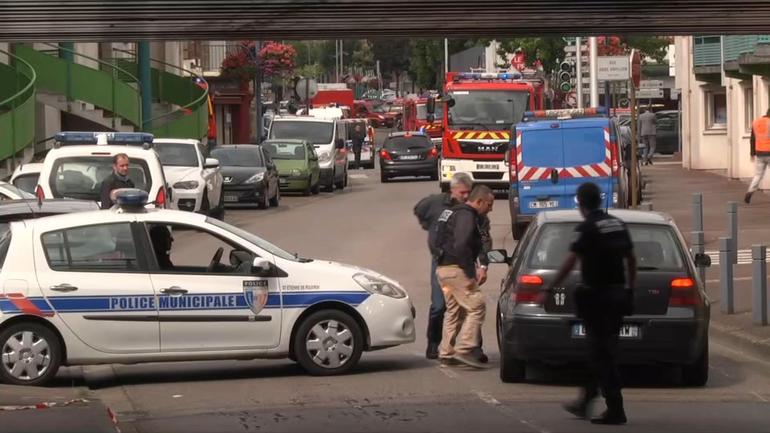 Mohammed Shafiq, Chief Executive of the Islamic Ramadhan Foundation said the attack was "brutal" and "condemned in the strongest terms".

He said Muslims "stand with our Christian brothers and sisters".

"Whilst it is too early to speculate about the circumstances of this attack we know Europe faces threats on a daily basis from ISIS and their supporters and from far right extremism.

"They are two cheeks of the same backside, they want divided communities and we must not allow them to succeed.

"Places of worship are sacred and in Islam it is forbidden to see such attacks and the brutal killing of a priest. An attack as we saw today in Normandy is an attack against all faiths and we stand together in solidarity, love and unity. " 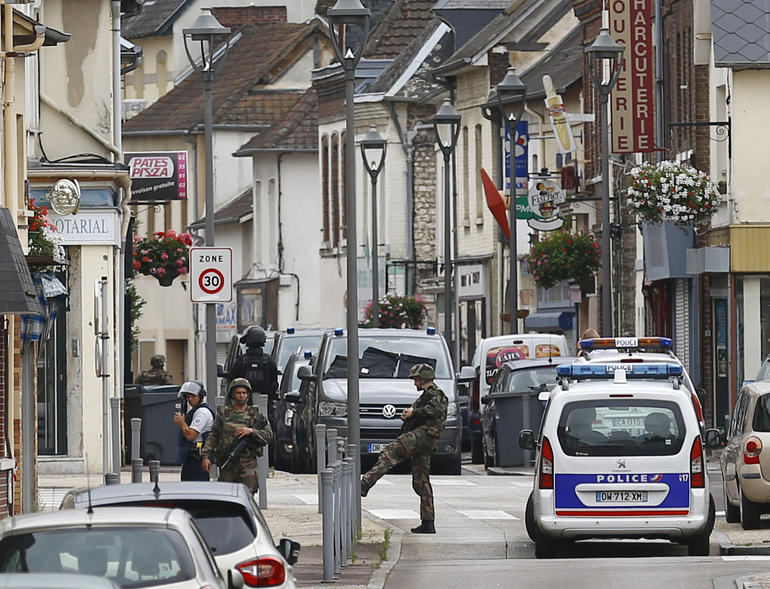 Fr Aidan Troy from St. Joseph's Catholic Church in Paris told Premier's News Hour such terror events have scared him and his church has been on alert since a failed bid to attack the Sacré-Coeur basilica in Paris last year.

He said: "Since that time, we have been on alert [and] very careful. We have had to take ordinary precautions.

"When you need to worship, you cannot be putting people through a type of security that might be necessary going into some other events but - at the same time - it has never been far from my mind that we are vulnerable.

"As long as we are vulnerable, then I think we just have to stand close together and we have to make sure we that we trust closely in God and take all the normal precautions.

"There actually is nothing we can do to guarantee [against attack]. The door is open and somebody [could come] in. We just hope and pray that it won't happen again."

You can listen to Fr Aidan Troy speaking with Premier's Antony Bushfield by clicking here.