Pope Francis appeared to express his disapproval of Russia last night as he continued his visit to Georgia.

On the first day of his trip the pontiff gave a speech with the Georgian president at his side insisting the former Soviet nation's "sovereign rights" must be respected.

Commentators said it was a veiled reference to two breakaway regions over which Russia has effective control. Although the pontiff did not mention Russia or the regions of Abkhazia and South Ossetia. 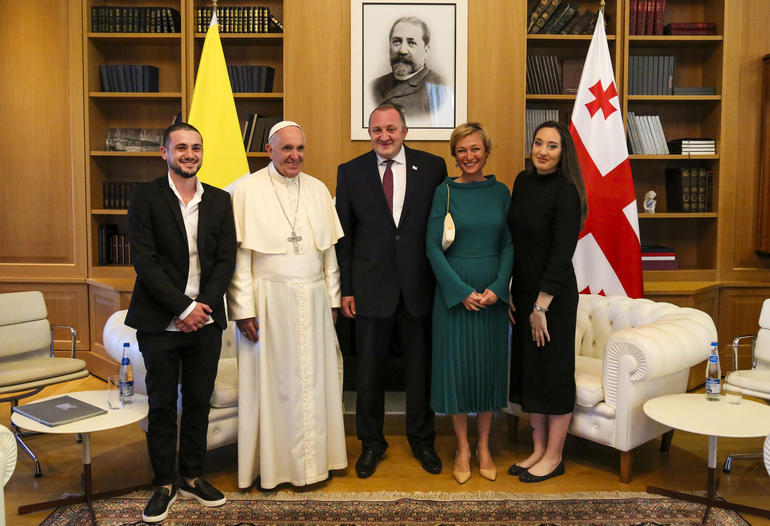 Francis went on to back Georgia's demand that residents who fled during a brief 2008 war with Russia be allowed to return home.

It was in this war that Russia effectively gained complete control over Abkhazia and South Ossetia.

Georgia considers the territories "occupied" and has demanded that the more than 200,000 people displaced by the fighting be allowed to return home.

Francis backed Georgia's call, saying the region's different ethnic, religious and linguistic groups should be allowed to "coexist peacefully in their homeland, or to freely return to that land if for some reason they have been forced to leave it".

"I hope that civil authorities will continue to show concern for the situation of these persons, and that they will fully commit themselves to seeking tangible solutions in spite of any unresolved political questions," he added. 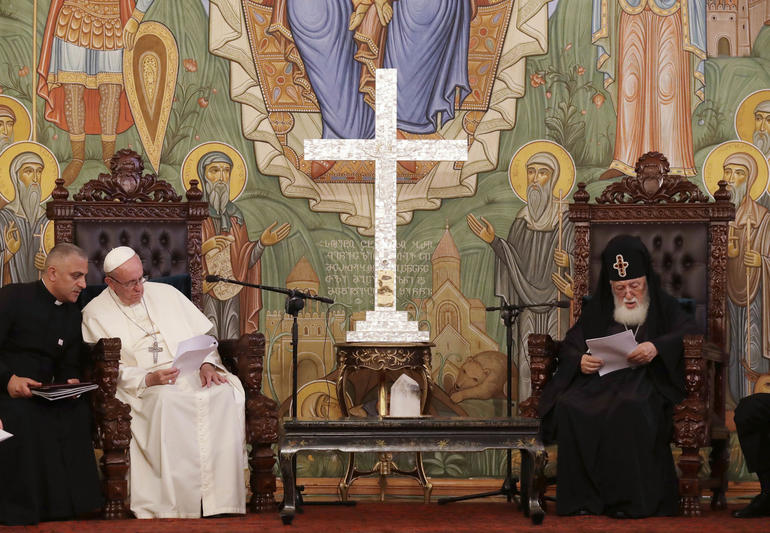 Georgia is overwhelmingly Orthodox, and Catholics represent less than three per cent of the population. But residents - both Catholic and Orthodox - seemed pleased with Francis' visit.

He received a heartfelt welcome from Patriarch Ilia II, the ailing Orthodox leader who is the most respected figure in Georgia.

"May the Lord bless the Catholic Church of Rome," Ilia said in toasting the pope at the Orthodox patriarchate in Tbilisi.

"May the Lord give a long life to Your Holiness, Pope Francis."

The visit is said to be part of Georgia's efforts to appear more Western as it attempts to join NATO and the EU.