No Christians among 1,112 Syrian refugees resettled in UK

The Home Office has admitted that not a single Christian was among the 1,112 Syrian refugees resettled in the UK in the first three months of this year.

The four Christians out of 1,358 Syrian refugees recommended by the UN High Commissioner for Refugees (UNHCR), for resettlement in the UK were rejected. Only Muslim refugees from the war-torn country were granted permission to resettle.

The information came to light following a freedom of information request by the Barnabas Fund - a charity that supports persecuted Christians.

In a statement, the charity said: "As Barnabas Fund recently reported, of the 7,060 Syrian refugees the UNHCR recommended to the UK in 2017 only 25 were Christians (0.35 per cent). However, the Home Office only accepted eleven of these - meaning that Christians made up only 0.23 per cent of Syrian refugees resettled in the UK last year."

The charity explained it had to "go to considerable lengths to obtain these figures in the face of what appeared to be a sustained attempt by Home Office officials to avoid their release".

The information was provided following the charity taking the "extreme step of obtaining an order from the Information Commissioner's Office threatening the Home Office with contempt of court proceedings in the High Court". 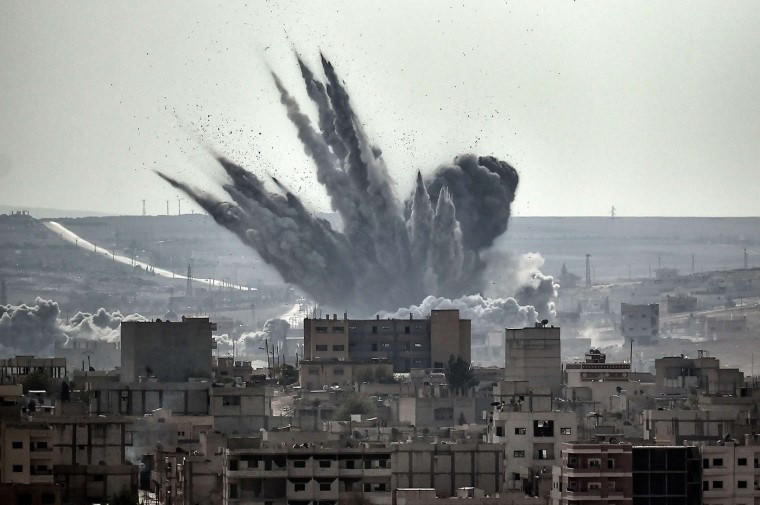 The statement went on to say: "It is widely accepted that Christians, who constituted around 10 per cent of Syria's pre-war population, were specifically targeted by jihadi rebels and continue to be at risk.

"As last year's statistics more than amply demonstrate, this is not a statistical blip. It shows a pattern of underrepresentation and significant prima facie evidence of discrimination that the government has a legal duty to take concrete steps to address."

Syria marked the seventh anniversary in March this year of the popular uprising that sparked the country's vicious war.

Half a million Syrians have been killed and 6.1 million have been internally displaced, according to the United Nations.

Responding to the revealed figure, the Home Office said in a statement: "The vulnerable person resettlement scheme prioritises the most vulnerable refugees who have fled the Syrian conflict, regardless of race, religion or ethnicity.
"We are working with the UNHCR and other partners to reach groups that might be reluctant to register for the scheme for fear of discrimination and unaware of the options available to them."