Militants behind deadly attack on Christians are dead, Egypt says

The gunmen suspected of killing seven Christians during an attack on a bus in central Egypt have been killed, the country's government has claimed.

They were among 19 alleged militants who died during a shootout with security officials in a desert hideout in Minya province, the Interior Ministry said.

The suspects were accused of a shooting targeting a bus carry pilgrims to a remote monastery south of Cairo on Friday. Nineteen others were injured.

In the latest development, officials said suspects opened fire on security forces when they realised they were being besieged.

The Ministry, which oversees Egypt's police, did not explain how it determined who the perpetrators of Friday's attack were. Nor did it disclose where the suspects were found.

Photos published by the Ministry showed dead bodies and guns, as well as the interior of a tent which included a black Islamic State (IS) banner. 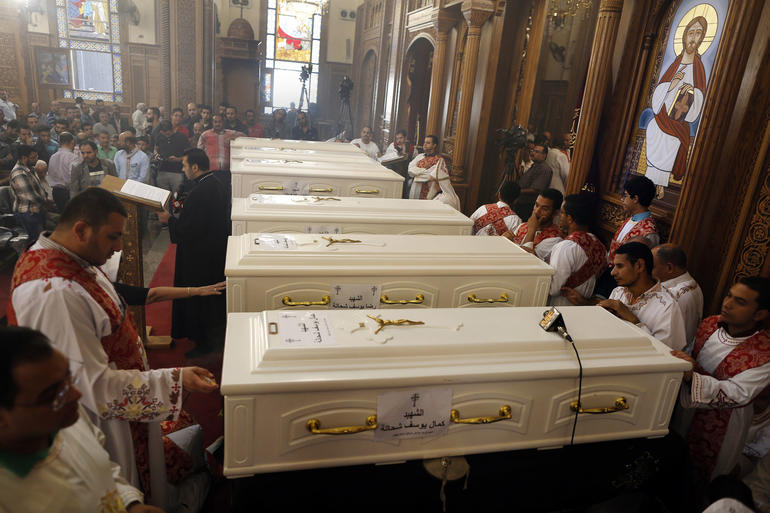 IS claimed responsibility for Friday's attack on the bus, which was enroute to the St Samuel the Confessor monastery. A similar attack in the area left 29 people dead.

An IS affiliate located in the Sinai Peninsula has repeatedly in recent years targeted Egypt's Christian community, which forms ten per cent of the country's population.

Speaking to young people in the resort city of Sharm el-Sheikh on Sunday, the Egyptian president said the attack on Friday pained all Egyptians. 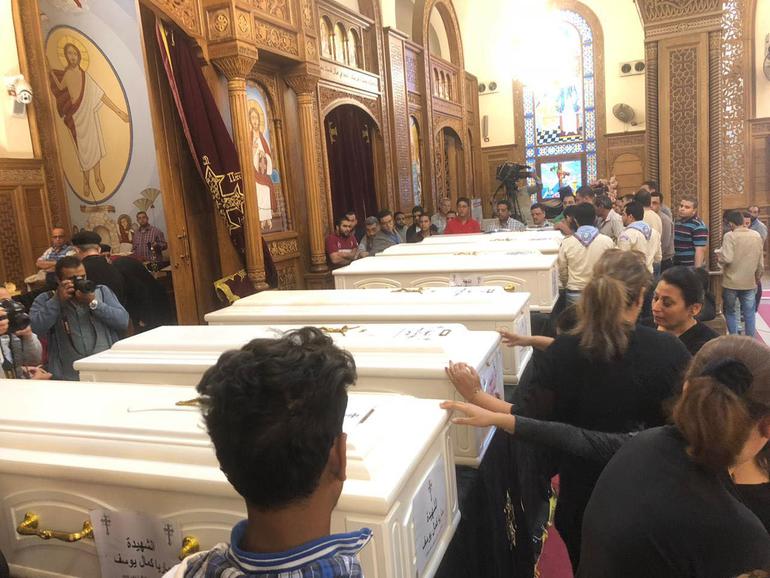 Abdel-Fattah el-Sissi also alluded to a law passed in 2016 that purports to regulate the construction of churches and mosques without bias.

He said: "The state now is tasked with building churches for its citizens, because they (Christians) have the right to worship.

"If followers of other religions lived in Egypt, we would have built places of worship for them too."