Labour leader Ed Miliband has spoken exclusively to Premier and apologised to Christians in society who feel marginalised.

In an extended interview the man who wants to be Prime Minister said it was really important people of faith did not feel discriminated against.

He said: "I want to say to people who feel that [marginalised] I'm sorry they feel that.

"Part of being a tolerant society and the kind of society I believe in is that people of all faiths and none don't feel marginalised.

"Now that doesn't mean there aren't going to be disagreements, for example on equal marriage, but I think it's really important that Christians don't feel that.

"I think it's something you've got to work at and I think the only answer is dialogue and to listen."

The father of two also gave a "clear promise" that it would be up to churches to decide if they wanted to take part in same sex marriages.

"It's up to the Churches how they respond to equal marriage and that's a very clear principle and a clear promise that we've made," he said.

"That was a very important part of what was passed," he added.

Ed Miliband is the youngest son of two refugee Jews who fled to Britain for protection from the Nazis. 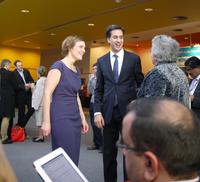 He told Premier that his mother was still a practicing Jew but that he isn't religious.

When questioned whether his government would 'do God', in reference to a famous quote by one of former PM Tony Blair's advisors, Mr Miliband replied that he personally wouldn't "claim to do God".

"What's important to me is the word respect. Respect for different faiths, respect for people who aren't religious and respect for tolerance.

"I'm clearly not going to claim that I do God, but what I do think is important is that sense of respect."

But he did say that having parents who were Jewish refugees made him want Britain to "do our bit" when it comes to Iraqi and Syrian refugees.

"My parents would not have been alive if it hadn't been for the generosity of Britain."

Islamic State has been persecuting tens of thousands of Christians in the Middle East and forcing them to flee their homes. 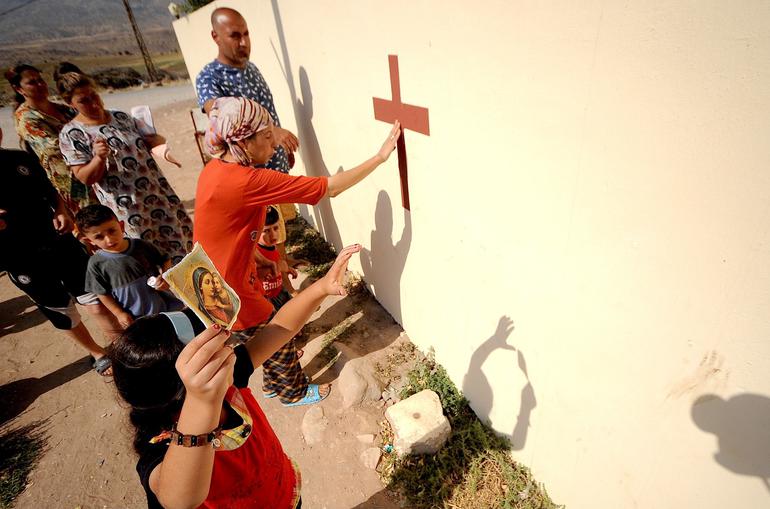 A group of Iraqi refugees pray outside a church

Many now face the prospect of Christmas in a tent.

The Labour leader said he had learnt from the Iraq war in 2003 that 'soft power' was as important as troops on the ground.

Humanitarian aid and diplomatic support was really important, he said.

He also pledged that his party would continue to "speak out" against the persecution of Christians and said it was "really, really important".

In recent months Labour has seen the Conservative Party catch up with it in the polls.

But he said that "comes with the territory" and what was important to him was the opportunity to change things.

He promised to develop a "better relationship" with Christian charities working to improve the country but said he could not "promise the earth".

He suggested that giving charities a stable source of government income could be a better way to support them than occasional grants.

But he added that the "government has to do its bit" in tackling the problems facing the country and it shouldn't all fall to charities.

He told Premier that his phone would be off on Christmas day and that he would spend it with his family at home.

"Woe betide anyone who tries to ring us," he said.

Listen to the full exclusive interview between Ed Miliband and Premier's Marcus Jones: