The former Archbishop of Canterbury has written in the Sunday Express following a week of protests to the new US President and his travel ban which tried to block the entry of people from seven mainly Muslim countries.

The clergyman says we're in no position to judge him after just two weeks in office.

"To observe the insults and protests heaped on his head, we are witnessing a staggering overreaction. He is treated as a uniquely bad leader," he said. 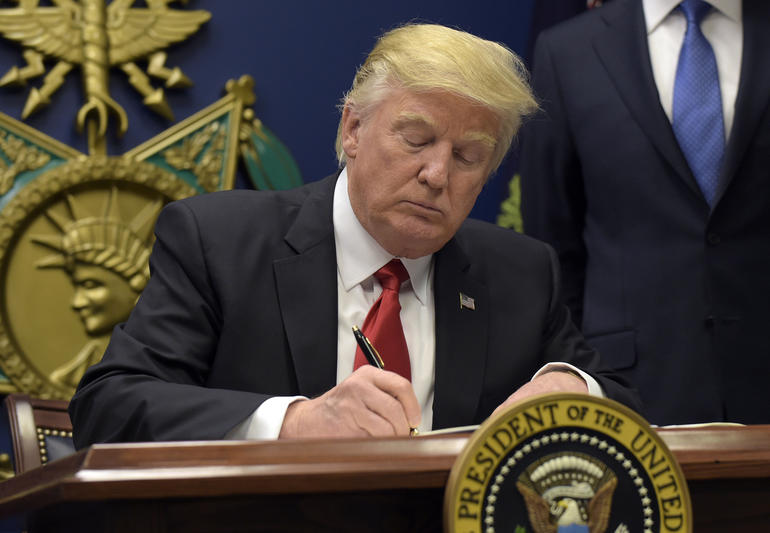 He also asked why protesters took to the streets against President Trump but not dictators like Robert Mugabe.

He said: "In contemporary world terms, there is a long list of dictators and tyrants who are in front of Trump as "the world's worst politician".

"Mugabe and Assad, for example? I cannot recall such demonstrations against terrible and autocratic regimes such as Burma, Sudan and North Korea.

"It is one of the key characteristics of those who consider themselves progressive to reserve condemnation for America, "the West", or Israel and ignore actual evil-doers. 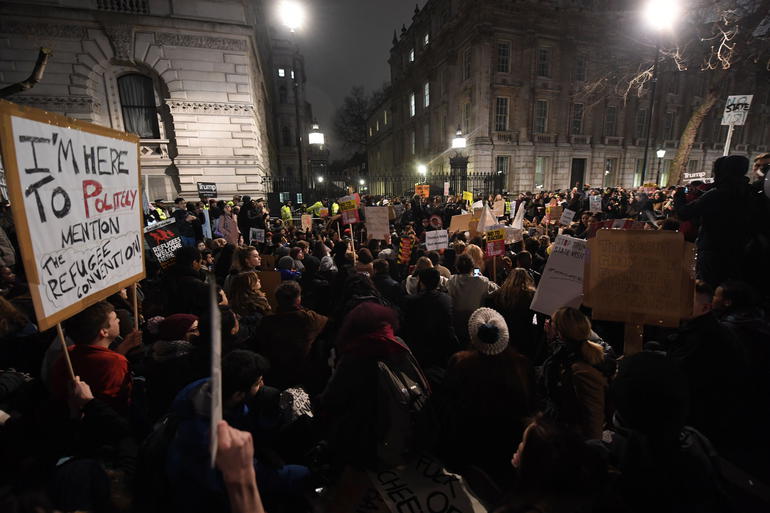 Lord Carey's defence for Donald Trump comes in a week in which his policies were criticised by current Archbishop of Canterbury Justin Welby and the leaders of Catholics in England and Wales Cardinal Vincent Nichols.

In his column for the newspaper, he also praised the president for prioritising Christian in the Middle East.

"Trump has recognised that Christians are persecuted in the Middle East and elsewhere and intends to prioritise asylum for religious minorities. This is a very welcome step," he said.