Labour's Dawn Butler: Lib Dems and Conservatives have not been loving others as they love themselves

At the Labour Party's Race and Faith manifesto launch, the prospective candidate for Brent Central told Premier why she thinks Labour are the party for people o

Launching their 'Race and Faith' manifesto was always going to be a difficult day for a party heavily criticised for its handling of anti-Semitism.

It was made a harder sell after the Chief Rabbi in the UK said in The Times on Tuesday that many Jews were scared of a Labour government, with the Archbishop of Canterbury backing him up.

As people waited outside the launch for Jeremy Corbyn with signs about anti-Semitism, a gospel choir sang inside and the party set out their vision for minorities and religious people. 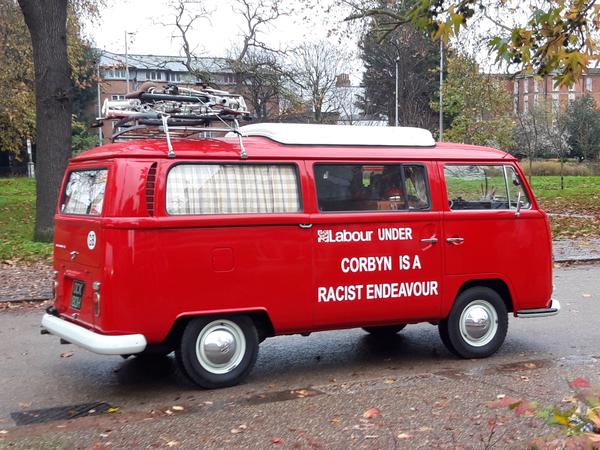 The Race and Faith manifesto says Labour will appoint an envoy for freedom of religion and belief (a role the current government have), that they will strengthen communities' rights to wear religious symbols and will have all religions taught about in schools.

Labour's pledges seem to echo the recommendations of the Bishop of Truro's report in the persecution of Christians in Asia, the Middle East and parts of Africa, without naming the report.

For example, they promise to train Foreign Office staff in religious literacy - something that was brought to the fore after Christian converts were initially denied asylum because they claimed Christianity was a religion of peace and civil servants handpicked Bible verses about violence to argue that an Iranian should not be granted asylum because they didn't understand their faith.

The Labour Party, like the Liberal Democrats and the Conservatives, has also promised to look at funding for places of worship to protect them against attack, with Labour also wanting to make it a specific aggravated offence if a church, for example, is attacked.

When asked whether the party would implement all the recommendations of the Truro report, as the Conservatives have said they will do, Labour's Dawn Butler said: "Once we look at all of the recommendations...everything in the manifesto is just a start. So, it's a direction of travel, ensuring that people of Christian faith are not persecuted either here or around the globe and it's something that we've always been committed to.

"I don't think enough has been done over the last nine years. The Labour Party will change that."

Speaking about why she thinks Christians should vote for her party, she argued: "Because we are taught to love one another as we love ourselves and in the last nine years this Lib Dem-Tory governments have not been loving others as they love themselves.

"They've loved themselves a hell of a lot more and many others have been suffering and have been in pain. Whether it be the Windrush generation, whether it be disabled people, whether it be women, we've all suffered. So, if you care about community, if you care about the Word of God, if you read through Corinthians where it talks about faith, hope and love - and the greatest of those three being love - then you need to vote for the Labour Party because we want to unite and love our communities as they deserve, rather than trying to divide our communities as the Conservatives are currently doing." 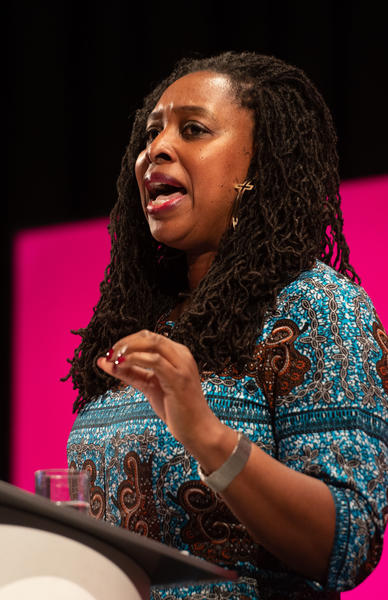 The other candidates standing in Brent Central are: