The show celebrating 100 years since the end of WW1 will air on BBC One on Sunday.

Sharing their joy of performing at the the Royal Albert Hall, the London-based choir posted on their Facebook page: "We are honoured to be part of Royal British Legion Festival Of Remembrance at the Royal Albert Hall to commemorate those who lost their lives in conflicts.

"This year is extra special as we celebrate 100 years since the end of WW1."

The Duke and Duchess of Sussex were among many who attended the special event.

The event marks 100 years since the signing of the treaty which ended the battle on the Western Front of the First World War at the 11th hour of the 11th day of the 11th month of 1918.

The Duke of Cambridge, the Duke of Sussex, the Duke of York, the Earl of Wessex, the Princess Royal, the Duke of Kent and Prince Michael of Kent all laid tributes to Britain's veterans on the centenary of the Armistice.

Prime Minister Theresa May and Labour leader Jeremy Corbyn also laid wreaths at the foot of the Whitehall memorial, along with Liberal Democrat leader Sir Vince Cable, Foreign Secretary Jeremy Hunt and Speaker of the House of Commons John Bercow. 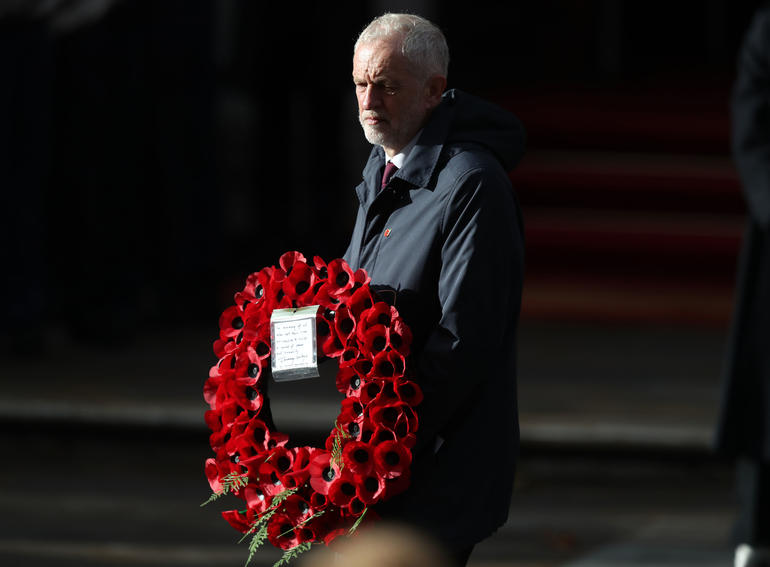 The traditional two minutes' silence was held at 11 o'clock and was marked by the chiming of Big Ben - despite the ongoing renovations to the clock tower.

It has been fitted with a custom-built electronic mechanism built to power the 200kg striking hammer to ensure it can still sound for important national events while the clockwork undergoes vital repairs.

The end of the silence was marked by cannon fire and The Last Post sounded by the Buglers of the Royal Marines before the wreaths were laid.