Speaking at the TUC Congress in Manchester, Justin Welby criticised firms like Amazon for paying "almost nothing" in taxes, and described the so-called gig economy and zero-hours contracts as "the reincarnation of an ancient evil".

It has now been revealed that at least two Church of England cathedrals are advertising zero-hours contract jobs, while the Church has confirmed retailer Amazon is one of its 20 biggest investments worldwide.

Gloucester Cathedral (pictured below) is currently advertising for a porter on a zero-hours contract, with its website describing the role as mostly evening and weekend work with a wage of up to £8.75 per hour.

And Norwich Cathedral is looking for a refectory assistant, calling it a "casual zero-hours post" on its website.

In a letter to The Times, the Reverend Ray Anglesea, a United Reformed Church minister who worked on a zero-hours contract in a cathedral bookshop, said the archbishop "might have done well to have put his own house in order before addressing the conference". 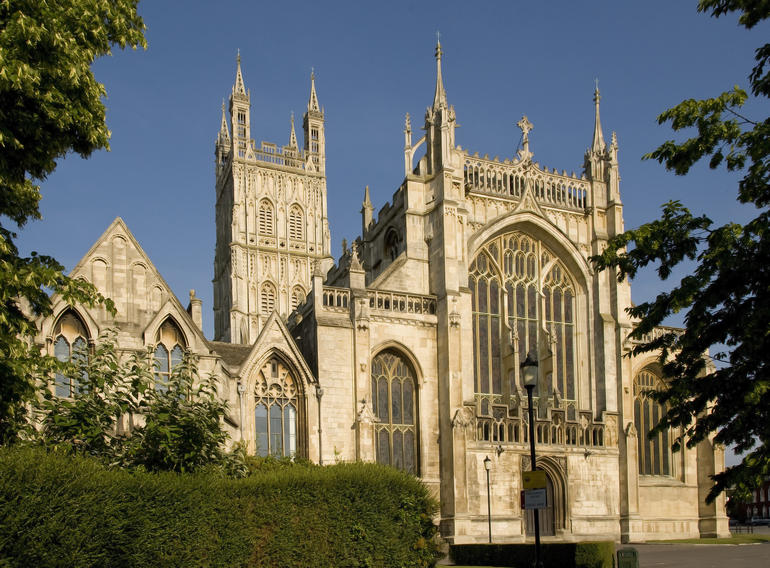 He wrote: "What the Most Rev Justin Welby did not disclose was how many of his cathedrals are zero contract hour employers and how many cathedral employees have no job certainty, no sick or holiday pay, and no maternity cover."

Conservative MP Ben Bradley told the paper: "It's hypocritical when (he) condemns zero-hours contracts whilst his churches are advertising zero-hours jobs."

A spokeswoman for Lambeth Palace told the Times that the archbishop had "made clear his views on zero-hours contracts" in his speech.

On its investment in Amazon, a spokesman for the church said: "The Church Commissioners have previously been on the record that we consider aggressive tax avoidance or abusive tax arrangements to be both a business risk and an ethical issue. As with other issues, we take the view that it is most effective to be in the room with these companies seeking change as a shareholder.

"We continue to work with other shareholders to tackle this issue via engagement with companies and their managers."

Following the archbishop's speech, Amazon said it paid "all taxes required in the UK and every country where we operate".