Speaking on LBC, Justin Welby said there should be discussions rather than legal action. He however admitted he had been "struggling" with the case and added "I don't know the school and I don't know the parents and I haven't listened to them".

Nigel Rowe, 44, and his wife Sally, 42, removed their six-year-old son from the unnamed school after a male classmate was allowed to attend the primary school in a dress.

They plan to educate him at home on the Isle of Wight alongside his eight-year-old brother.

The couple have argued the school has not respected their rights to raise their children in line with biblical values.

Apologising to co-guest Imam Qari Asim, who is the Imam of one of Europe's biggest mosques and also a solicitor, Welby said he "never sees the point of going to law". 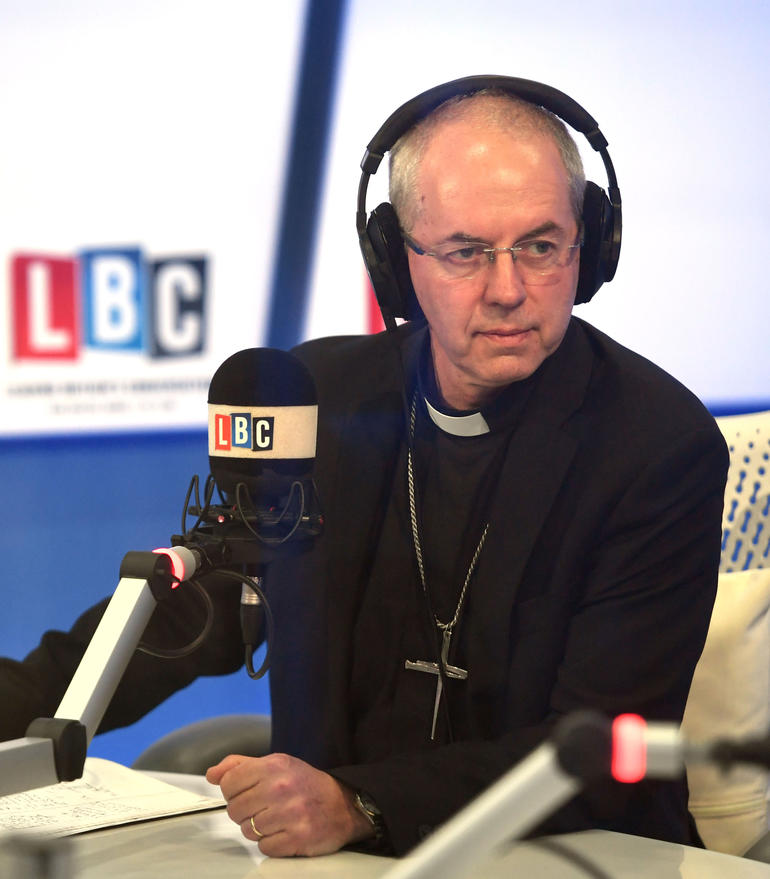 Listening to the question with his head in his hands, he went on to say: "For us our kids went all the way through their schooling in the local state schools. There were bits we liked, bits we didn't like and it is the home where you educate and train people in following... Christian faith.

"I think that we should try and solve these things out without legal involvement and with mediation, with people getting together around a table with a mediator to help them come to a conclusion."

Asked by presenter Nick Ferrari what he would advise a member of "his flock" that came to him to say they didn't feel a boy in a dress in their child's school was consistent with their faith, Welby replied: "I would say to them I don't think that's a problem.