Judges to decide on challenge against acquittal of Asia Bibi

The Supreme Court of Pakistan is expected to decide on Tuesday whether a challenge can be made against the acquittal of a Christian woman accused of blasphemy.

Campaigners at the British Pakistani Christian Association say they have been confident the three justices will not undo their previous ruling which cleared Asia Bibi in October last year.

But hard-line Islamists, who accuse the mother-of-five of insulting the Islamic prophet Mohammad, have been calling for her to be publicly executed. Ms Bibi has always denied any wrongdoing.

In a deal they struck with the Government, officials - keen to bring an end to the violent demonstrations - agreed to allow a review of Ms Bibi's acquittal. The court could give the green light to an appeal.

Yesterday, Premier covered reports that a member of Asia Bibi's legal team, Saif ul-Malook, was returning to Pakistan to support Ms Bibi. After her acquittal, he fled the country - citing threats against him.

The case of Asia Bibi has brought Pakistan's blasphemy laws under intense scrutiny. Some human rights activists claim the legislation has been misused to persecute believers and settle personal vendettas.

The saga erupted following a dispute involving Ms Bibi and a group of Muslim women over the use of a water cup. The situation escalated when she was accused of insulting Islam.

She has been living under tight security in a secret location since being released from prison - where she spent eight years on death row after being convicted of blasphemy in 2010. 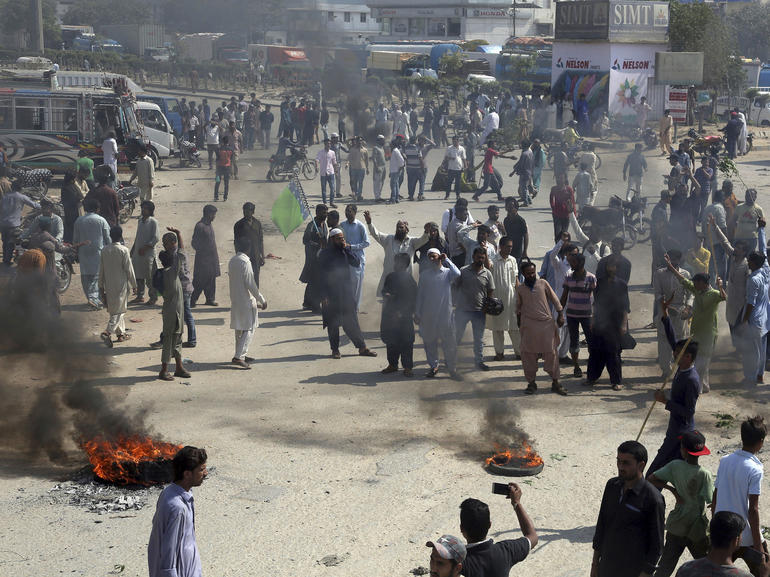 It is expected Ms Bibi will leave the country to be reunited with her family, in the event her acquittal is upheld.