Journalist beheaded by I.S. in Iraq

The family of a Catholic US journalist beheaded by the militant group Islamic State in Iraq are asking for prayers.

The video has been posted online and claims to show the death of James Foley, who's been missing since he was kidnapped in Syria in 2012.

I.S. say his killing is in revenge for US air strikes against them.

On Facebook Mr Foley's mum Diane said: "He gave his life trying to expose the world to the suffering of the Syrian people."

"We implore the kidnappers to spare the lives of the remaining hostages. Like Jim, they are innocents. They have no control over American government policy in Iraq, Syria or anywhere in the world.

"We thank Jim for all the joy he gave us. He was an extraordinary son, brother, journalist and person. Please respect our privacy in the days ahead as we mourn and cherish Jim."

Another post on the Facebook page said: "Please be patient until we all have more information, and keep the Foleys in your thoughts and prayers." 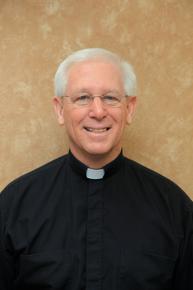 Mr Foley's family are devout Catholics and their parish priest spent 45 minutes with them soon after his death was confirmed.

Fr Paul Gousse, of Our Lady of the Holy Rosary, left the house in Boston without speaking to reporters.

The White House said: "If [the video is] genuine, we are appalled by the brutal murder of an innocent American journalist".

The militant who killed Mr Foley appears to have a British accent.

"They've obviously come through the British education system, they have learnt several languages, they read the Quran for themselves and they listen on the internet to the people behind this Islamic State group."

He added there could be several motives for the killing: "Maybe to ransom him, maybe just to use him as a bargaining chip and obviously now once the US has got involved they do see this as a PR way of attacking them, particularly getting someone who's a native English speaker to announce this."

Foreign Secretary Philip Hammond said it was an "appalling example of the brutality of this organisation".

He added: "We are very much aware of the threat from foreign nationals operating in Syria and Iraq. That's not just to the UK, it's to all Western countries and other Arab countries as well.

"This is a poison, a cancer, what's going on in Iraq and Syria, and it risks spreading to other parts of the international community and affecting us all directly.

"We are absolutely aware that there are significant numbers of British nationals involved in terrible crimes, probably in the commission of atrocities, making jihad with IS and other extremist organisations.

"This is something we have been tracking and dealing with for many, many months, I don't think this video changes anything, it just heightens awareness of a situation which is very grave and which we have been working on for many months."

Meanwhile the Chaldean Catholic Archbishop of Mosul, Amel Nona, has told an Italian newspaper the West must act to ensure the safety of Christians in Iraq.

Tens of thousands have been forced to flee their homes by the militants who gave an ultimatum of convert, pay a tax or die.

Archbishop Amel told Corriere della Sera: "Our sufferings today are the prelude of those who, Europeans and Western Christians, will also suffer in the near future. I lost my diocese.

"The physical setting of my apostolate has been occupied by Islamic radicals who want us converted or dead. But my community is still alive.

"Please, try to understand us. Your liberal and democratic principles are worth nothing here. You must consider again our reality in the Middle East.

"You must take strong and courageous decisions, even at the cost of contradicting your principles. You think all men are equal, but that is not true: Islam [I.S. fighters] does not say that all men are equal.

"Your values are not their values. If you do not understand this soon enough, you will become the victims of the enemy you have welcomed in your home."