The rector of Loughton has expressed his "thoughts and prayers" to those impacted by a deadly car crash near a school.

Emotional tributes have been paid to a 12-year-old boy who was mowed down as he left school with his friends in what police believe was a deliberate hit-and-run crash.

The pupil, named locally as Harley Watson, suffered fatal injuries after a car hurtled into a crowd of youngsters outside Debden Park High School in Loughton, Essex, on Monday afternoon.

A 51-year-old man remains in police custody on suspicion of murder, six counts of attempted murder and one of causing death by dangerous driving.

He is also accused of six offences of causing serious injury by driving, failing to stop at the scene of a collision and driving without insurance

The arrest came after detectives appealed to find Loughton man Terry Glover over the incident.

According to the BBC, Rev Chris Davies spent the morning at the school where Harley was a pupil, a church spokesman confirmed.

"It is a very, very difficult event," he said on Monday.

"It's not something you expect to happen in a place like Loughton and the number of children who witnessed it were very upset.

"My thoughts and prayers are with the families concerned and all at the school."

Tearful parents and pupils have laid floral bouquets near the entrance to the school. 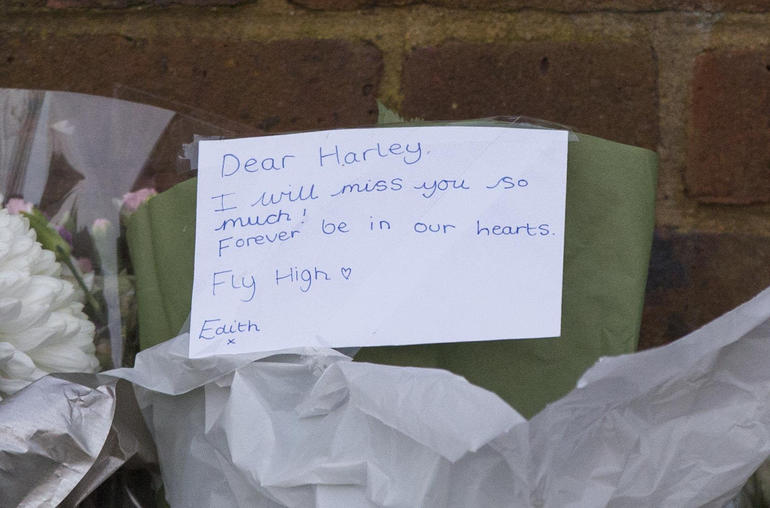 One, from a friend named Edith, said: "Dear Harley, I will miss you so much! Forever be in our hearts. Fly high."

Head teacher Helen Gascoyne said the school had been "devastated" by the death of one of its students and that pupils would be offered counselling on Tuesday.

A large cordon remains in place as detectives continue to search for clues. 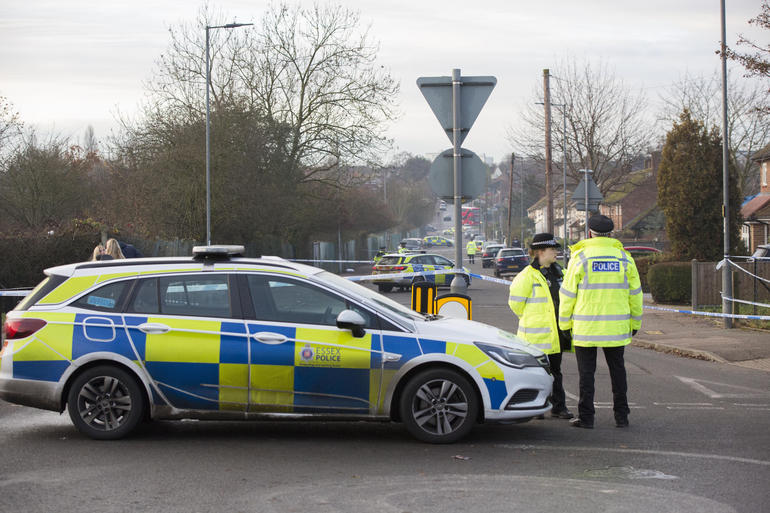 Officers began a manhunt as they tried to trace a silver Ford Ka, with the registration LS08 OKW, which is believed to have been damaged in the crash in Willingale Road.

Chief Superintendent Tracey Harman told reporters on Monday night: "We believe that the collision was deliberate and as such we have launched a murder investigation.

"We are investigating whether or not this incident may have been connected with another incident nearby."

Police were called to the scene shortly after the end of the school day on Monday.

East of England Ambulance Service sent 15 ambulances and 10 other vehicles, while three air ambulances were mobilised.