Israel's occupation of Palestine is behind the exodus of Palestinian Christians from the region, according to a new study.

Research carried out by Dar al-Kalima University in the occupied West Bank town of Beit Jala, concluded that only a small percentage of Christians had left Palestine because of concerns over Muslim religious conservatism.

Explaining the rationale behind the results of the roughly 500 Christians and 500 Muslims interviewed, the study said: "The pressure of Israeli occupation, ongoing constraints, discriminatory policies, arbitrary arrests, confiscation of lands added to the general sense of hopelessness among Palestinian Christians."

It added that these conditions have put Palestinian Christians in "a despairing situation where they can no longer perceive a future for their offspring or for themselves".

The researchers highlighted that in the land of its birth, Christianity is losing its followers under the current political and economic conditions. 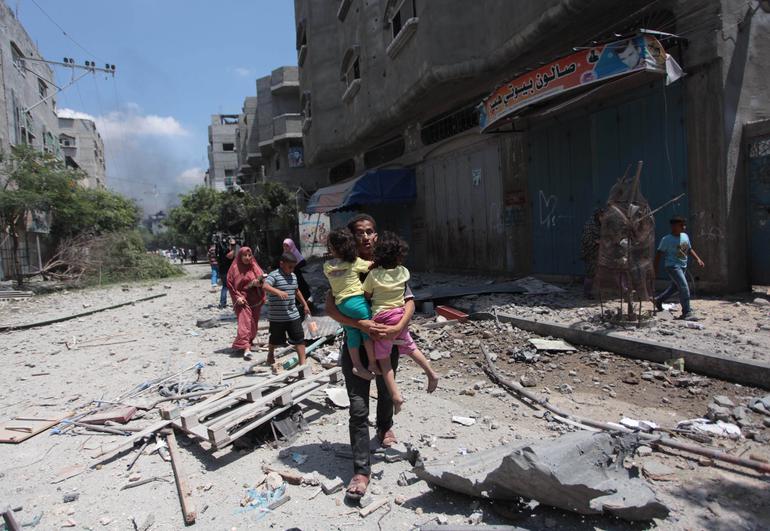 Palestinians flee to safety as the Israeli military attacks the Shejaiya neighborhood.

Bernard Sabella, a member of the Palestinian Legislative Council and one of the authors of the study, told Aljazeera "Palestinian identity needs to be highlighted and emphasised" to counter the reduction in the number of Palestinian Christians.

The study also found that 50 per cent of interviewed Christians and 54 per cent of Muslims were hopeful that their situation would eventually improve and attributed their optimism to the belief that God is on their side.

A majority of Christians and Muslims said the political conflict with Israel made them feel unsafe. 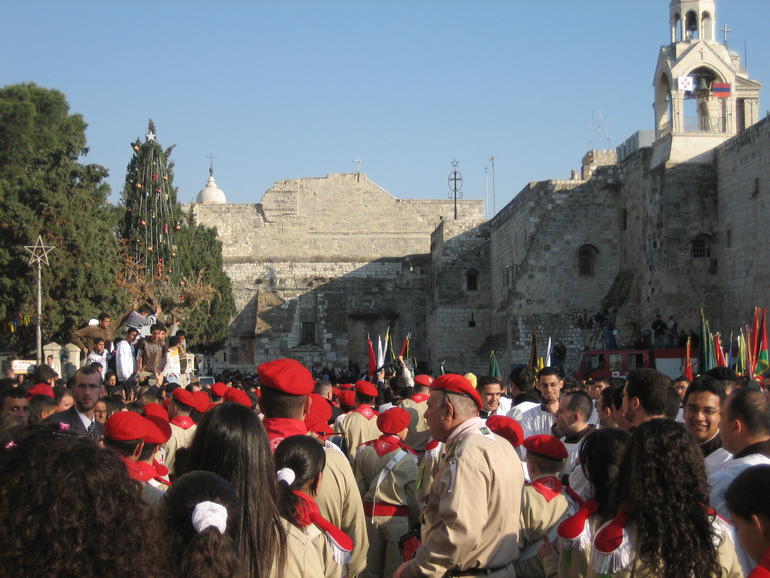 Iskandar El Hinn, a Christian Palestinian whose family fled Jaffa to Ramallah when Israel was founded in 1948, told Al Jazeera that he had never thought of leaving Palestine.

He said: "As a Palestinian, I am living where I belong, everywhere I go here is Palestine to me and Jerusalem is its capital.

"We have been living here for thousands of years; no one can take us away from here."