Hungary's Prime Minister has warned that the EU's migration scheme will continue the "de-Christianisation of Europe" if its "attempts" aren't fought.

Prime Minister Viktor Orban has been accused by a human rights group of repeatedly ignoring direct orders from the European Court of Human Rights (ECHR) to improve conditions for migrants in a controversial border zone camp.

Mr Orban recently challenged the EU's migration scheme in a speech and said: "Europe is currently being prepared to hand its territory over to a new mixed, Islamised Europe.

"In order for this to happen, for the territory to be ready to be handed over, it is necessary to continue the de-christianisation of Europe - and we can see these attempts." 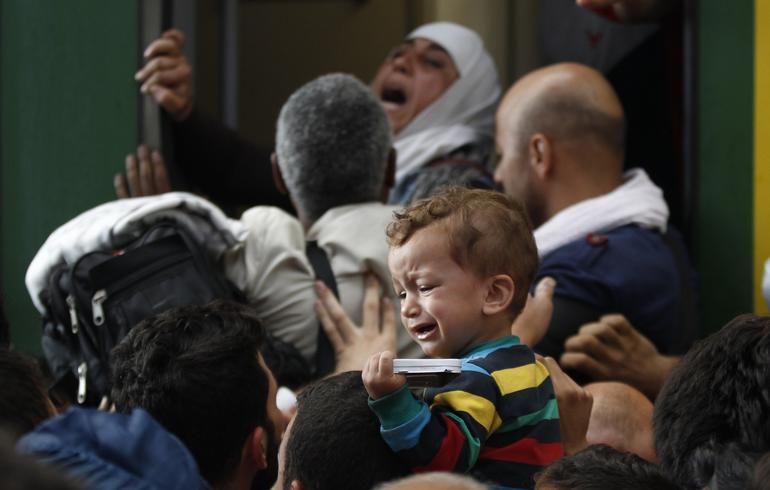 Eurocrats want member states to resettle 160,000 refugees from Greece and Italy under a forced allocation system, which was voted through in 2015 despite opposition from Eastern European countries.

Mr Orban said during a visit to Romania on July 22nd that Hungary's border fences, supported by other Central European countries, will block the EU's effort to increase Muslim migration into Europe.

He added: "This is the aim of Brussels' continuous and stealthy withdrawal of powers from the nation states.

"This is the battlefield on which Central European countries are fighting today."

While Hungary opposed taking in migrants "who could change the country's cultural identity", Mr Orban - who will seek a fourth term in April 2018 - said under his leadership, Hungary would remain a place where "Western European Christians will always be able to find security."

András Léderer, advocacy officer at the Hungarian Helsinki Committee, condemned the Prime Minister's stance and said: "This practice of ignoring the interim measures of the court not only breaches the convention and Hungary's obligations but has severe effects on our clients and must end immediately."