Movie star Chris Pratt has shared the story of how he came to faith.

The Hollywood actor features in the latest edition of Vanity Fair magazine in which he talks about his career and humble beginnings but also reflects on the moment which changed his life. 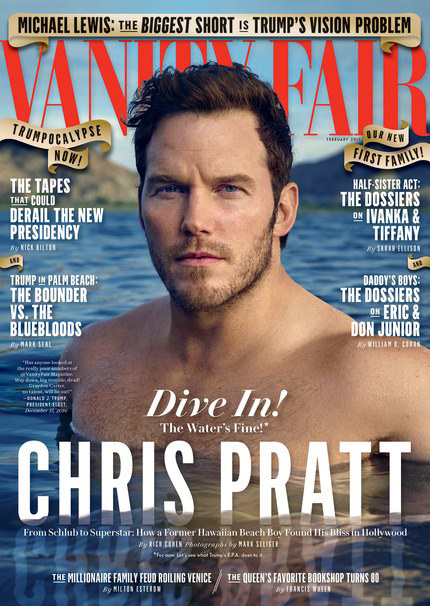 He says he was working as a waiter in Hawaii and living out of a van, feeling estranged.

"I was sitting outside a grocery store," he said. "A guy named Henry came up and recognised something in me that needed to be saved.

He said he should have felt nervous about a random man approaching him, but he didn't.

"He said, 'Jesus told me to talk to you'. At that moment I was like, I think I have to go with this guy.

"He took me to church. Over the next few days I surprised my friends by declaring that I was going to change my life."

Shortly after this, Pratt got his break, starring in the movie Cursed Part 3.

He's since gone on to become one of Hollywood's leading actors, taking lead roles in movies such as Jurassic World and Guardians of the Galaxy.

He can currently be seen in UK cinemas in Passengers alongside Jennifer Lawrence.

Pratt is known for his comedy roles, often raunchy and often with strong language, but he regularly shares his faith on social media and in interviews.