Members of the Church of England's ruling body have rejected the House of Bishop's report on sexuality.

Released last month the report said that the teaching on marriage would not change and within the Church it would only be between a man and a woman.

General Synod had been asked to take note of the report and in a close vote on Wednesday evening 100 clergy, 83 laity and 1 bishop refused.

But 93 clergy, 106 laity and 43 bishops voted for the motion. To have passed it would have needed a majority in each sector. 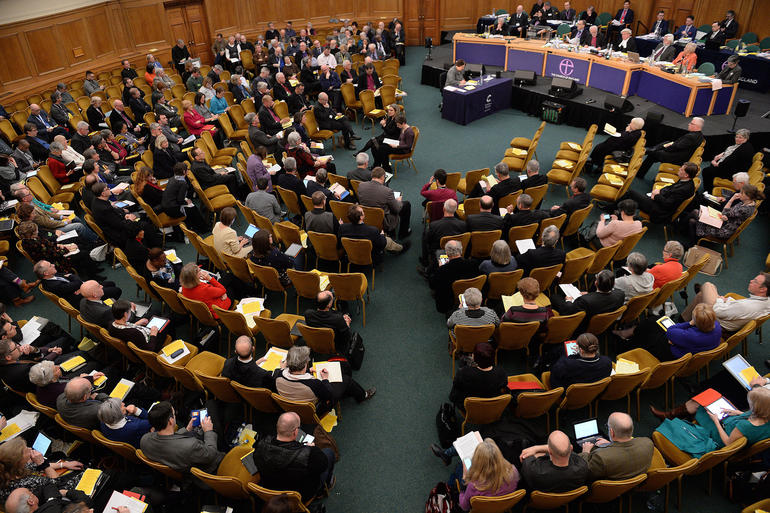 LGBT campaigners had been stationed outside the main entrance to Church House in London for most of the day as they tried to convince members to vote against the motion.

The debate lasted around two hours and speakers from all sides of the debate were called.

"Bishops you've let us down," Jayne Ozanne, a gay Christian, said as she accused the bishops of hiding their true intentions and wishes around LGBT relationships. 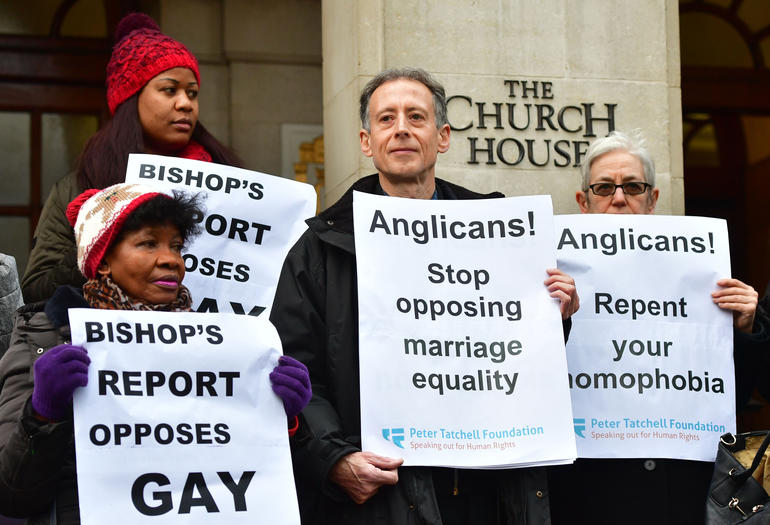 Bishop of Blackburn Julian Henderson rejected accusations the Church had not given an appropriate voice to LGBT Christians: "It's a mistake to conflict listening with agreement." He added: "The bishops have listened to a number of voices... It is through that variety that we've sought to discern the mind of Christ."

Lucy Gorman from York Diocese said wider society perceived the Church as "lacking in love". She said: "I'm a dying breed because some of my friends are dying over this," she said as she raised the issue of her friend Helen who took her own life after being "conflicted" by the Church's teaching on sexuality. "I plead with you not to take note of this report because we can, and we need, to do better," she said.

But Andrea Williams, from the group Christian Concern said: "Clearly Genesis 2 and Matthew 19 demonstrate that all sex outside the union of one man and one woman is sinful.

"It is so important to speak clearly with regard of sexual sin because heaven and hell depend on it – that's why it's loving to hold firm on it." 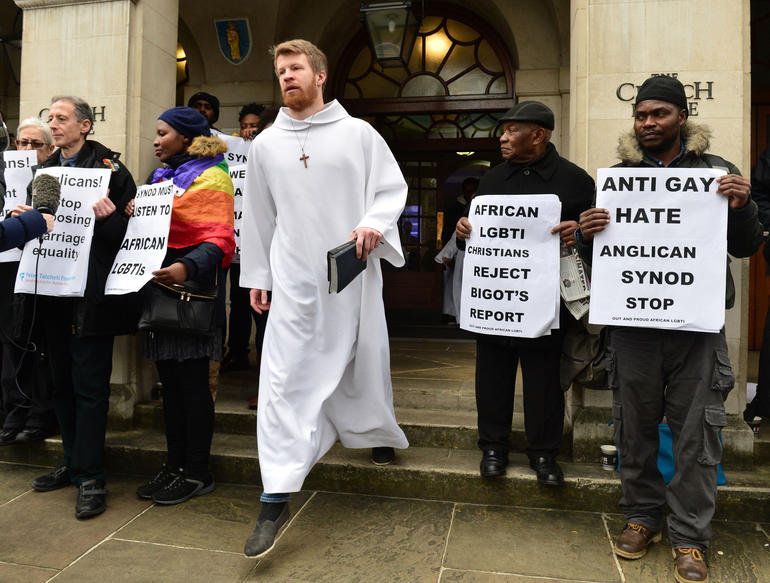 However Rev Andrew Foreshew-Cain, a vicar in a gay marriage, said: "Please do not vote for this measure, we deserve better", adding, "It is a document divorced from the living reality of the people of God...Synod I beg you, do not give in to fear, do not take note".

It was not only liberal members who had doubts about the motion. Susie Leafe, a prominent conservative campaigner, said: "I'm struggling to see that the doctrine on marriage is secure."

Bishop of Liverpool Paul Bayes, a prominent campaigner for LGBT rights in the Church said LGBT people see "hard stones where they look for bread" in the report but urged members to vote yes.

He stressed the "maximum freedom" phrase used in the document should be the focus of the debate. The bishop said he had already been in touch with legal advisors about how to seek maximum freedom for LGBT Christians within current state law. 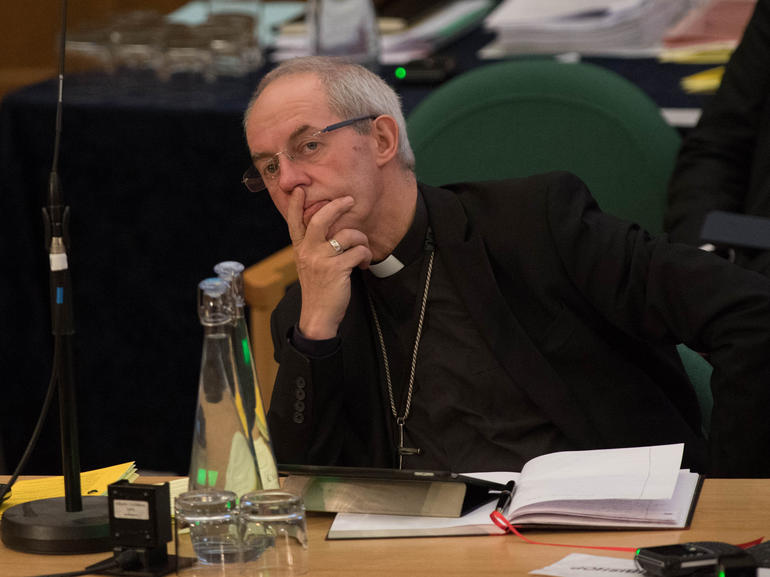 "Our explanation of maximum freedom will take us to places where we have not previously gone," he said.

Before the vote was lost Archbishop of Canterbury Justin Welby gave the final speech in one last bid to urge Synod to vote in favour.

"The current report is not the end of the story," he stressed, "we will as the bishops think again and go on thinking.

"We will seek to do better; we could hardly fail to do so in the light of what has been said this afternoon.

"I believe passionately that the report... gives a basis for moving on, a good basis, a roadmap," he said, speaking without notes.

The report can no longer be discussed at Synod and it is unclear where the debate goes from here.