A Christian conservation charity has told Premier 'flexitarian' diets - where consumers eat meat only occasionally - is good for the planet.

Paul Bodenham, chairman of Green Christian shared his views following the food manufacturer, Quorn Food, announcing that it is investing 150 million pounds into its business in the UK and plans to create 300 jobs.

The meat substituting company is reporting a 19 per cent rise in sales and attributes the success in the rise of people eating sustainable meat-free protein foods.

"So its particularly good news I guess that people are looking at alternatives to meat."

The firm, which has been owned by Monde Nissin of the Philippines since 2015, says it made a pre-tax operating profit of £13.7m in the first six months of 2017.

Quorn chief executive Kevin Brennan said: "We are proud to be contributing to the UK's export drive and to be investing in a British innovation that is vital to addressing the future need for protein across a growing global population.

"Our growth will continue as expected, regardless of the Brexit deal that is reached.

"In fact, today's investment is indicative of our confidence in becoming a billion-dollar brand in the next 10 years."

The company's ambitious growth plans are rooted in its belief there is a genuine move by consumers to reduce their intake of meat. 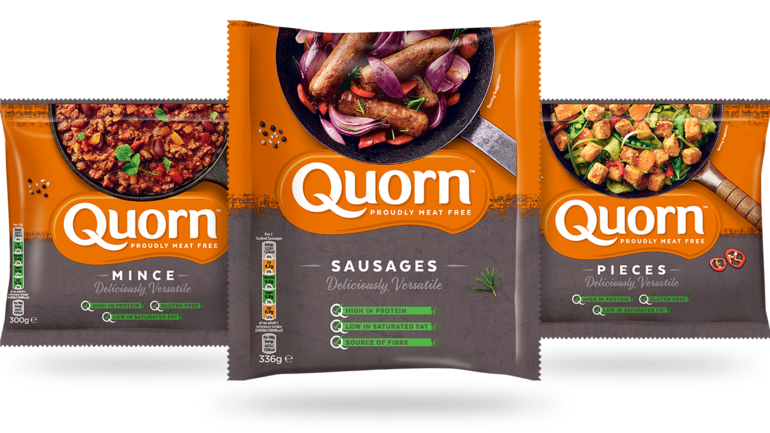 Quorn, a meat substitute made from fungus says its products are low in saturated fat and produces fewer greenhouse gas emissions than meat.

It is sold on its own for use in recipes or in ready meals and products that mimic items such as burgers and sausages.