WESMINCOM Armed Forces of the Philippines Via AP
World News

The national police chief Oscar Albayalde reported that Kammah Pae, a man from the group that has sworn loyalty to the Islamic State, helped an Indonesian couple carry out the 27th Jan suicide attack.

Albayalde told a press conference: "He was forced to surrender.

"He probably didn't want to die during the military offensive."

At least 21 people were killed and 112 people were injured after a woman left a bomb inside the Cathedral of Our Lady of Mount Carmel on the island of Jolo and fled before her husband blew himself up outside. While Pae has denied involvement in the twin bombings, Albayalde told reporters that eyewitnesses' accounts showed he did escort the Indonesian couple.

Philippine troops killed three suspected Abu Sayyaf militants and suffered five fatalities in a gun battle on Saturday in the province of Sulu, as troops continued to find those behind the church attack. 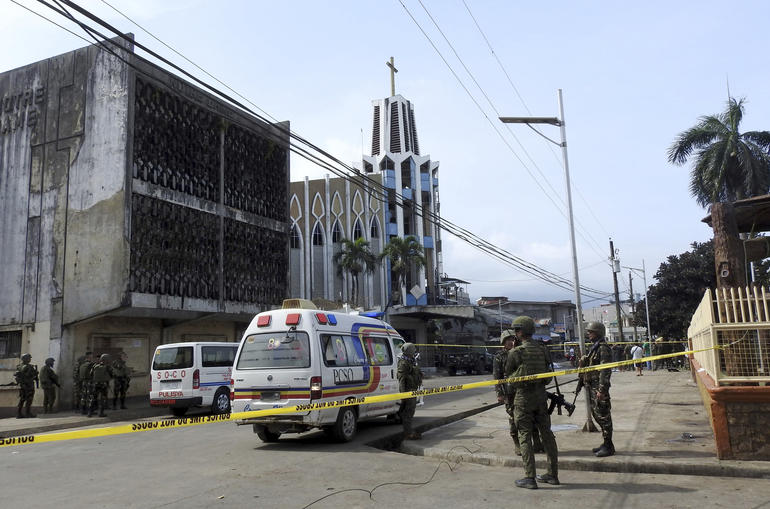 The national police have been placed on full alert and security has been strengthened in churches and other public areas.