First mosque opens on Outer Hebrides despite disapproval from Christians

The first mosque in the Outer Hebrides has opened despite condemnation from some Christians.

A derelict building in Stornoway on the Isle of Lewis, a traditionally Christian island, has been converted into a mosque following a crowdfunding campaign which raised more than £94,000.

The local Muslim community, thought to number more than 50 people including a number of Syrian refugees, now has a dedicated place of worship for the first time.

In a statement issued last year after the mosque was granted planning permission, the Free Church of Scotland (Continuing) of the Outer Hebrides described it as the "most unwelcome development" and urged people to pray against the mosque being built.

While the Christian group stressed that it has "nothing against individual Muslims", it said its main concern is with "the religion of Islam itself".

The Church said: "If a mosque ever opens, Islam will be able to promote itself in our midst through public worship, despite its beliefs and practices being alien to the religious convictions of the vast majority of our community." 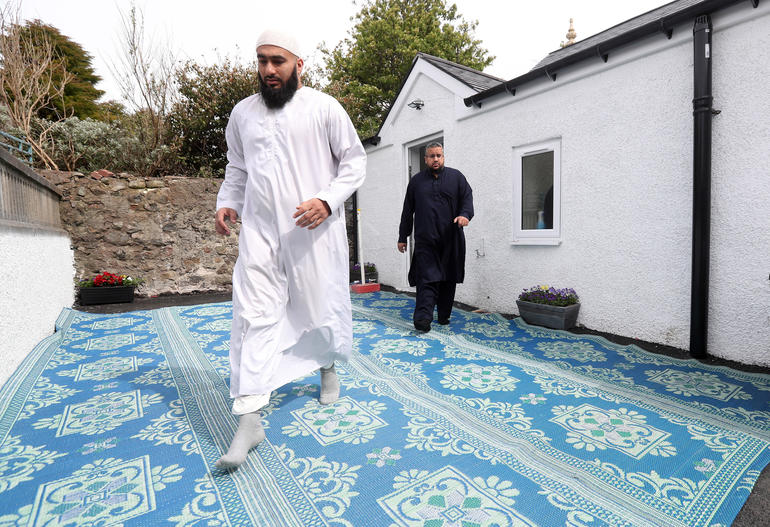 Members of the Muslim community in Stornoway on the Isle of Lewis put down a prayer mat as they attend the official opening of the first mosque in the Outer Hebrides.

He said: "We've got the job done in about four weeks, probably the fastest mosque that has ever been built. We wanted to have it ready in time for Ramadan. It's been very positive. A lot of people are happy in the community."

There is said to have been a Muslim community in the area since 1945.