Popular mentalist and illusionist Derren Brown has revealed how he heals people in an exclusive interview with Premier Christianity magazine.

Brown was speaking following his sell out "Miracle" shows, which saw the atheist call out the types of illnesses and pains people in the room were being "healed" of in that moment.

The illusionist explained how the "personal psychological experience that people are going through" results in people believing they've been healed during his performance. Many in the audience would voluntarily come to the front of the theatre shows and testify to being healed.

"If you're made to feel adrenalin it kills pain," he explained.

"I went out on the first night armed with all this theoretical knowledge. I thought that if I could create some type of adrenalin then someone with a bad back is going to tell me that they can't feel the pain. That's a chemical thing.

"I found not only would somebody come up and say they didn't have a bad back, but they would also hit the floor when I touched them on the face because they have a certain expectation.

"When you go to these events as a believer you know what's supposed to happen. So I show clips of people doing that. By the time they come up on stage, there's a similar expectation of what they're supposed to do. And then it just started happening night after night." 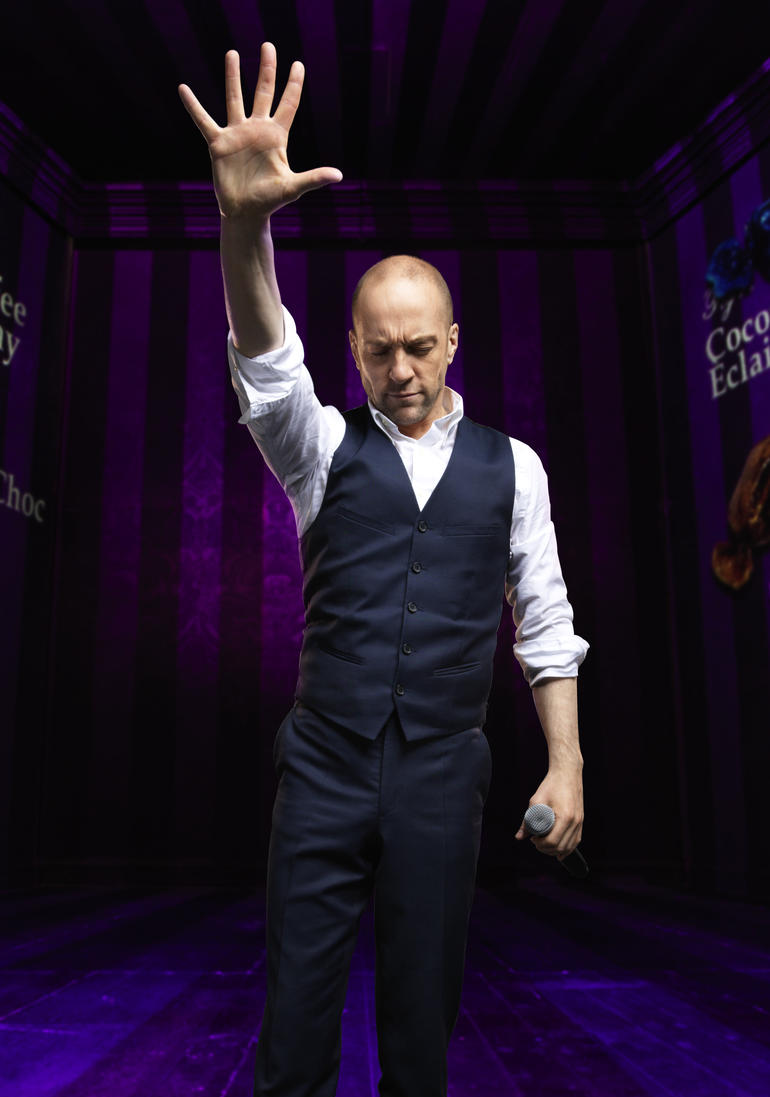 The illusionist has publicly criticised Christian faith healers such as Benny Hinn, however he says admits faith can be "enormously helpful" and says the show is "not in any way against the Church or religion, or even the idea of healing."

"This is a scam that's carried out against the Church and exploits those with sincerely held faith," he said.

Derren Brown was once an evangelical Christian, but left the faith after deciding the evidence for Christ's resurrection was lacking.

"I'd read a few books written by Christian apologists that make you feel like it's a very well-tested historical event. But the moment you look outside of that and actually look at how the Bible was put together, it's a very different story," he told Premier Christianity magazine.

The wide ranging interview, which will also be broadcast on Premier Christian Radio's "Unbelievable?" programme on Saturdays 27th August and 3rd September at 4pm saw the illusionist quizzed on his atheism and reasons for leaving Christianity behind.

The full interview can be read in the September issue of Premier Christianity magazine. For a free copy click here.