Defeated Christian politician: My faith has helped me

Former Liberal Democrat MP and Christian Simon Hughes has told Premier his faith has been key to him getting over his defeat.

The politician was defeat by Labour in Bermondsey and Old Southwark at Thursday's General Election after 32 years in parliament.

"It's very hard, my faith has helped me a lot, I've always trusted that God has a plan," he told Premier.

He lost out to Labour's Neil Coyle who took the seat with a majority of more than 4,000 following a tight election race.

Despite being a household name in the area and a popular MP Simon Hughes lost out as voters ditched his party in their thousands.

On the night the Liberal Democrats lost 49 seats to be left with just 8 MPs in parliament.

Simon Hughes said it was a difficult defeat but that his faith was "absolutely clear" adding that it "hadn't been shaken".

"The Church has been wonderfully supportive and I've had a prayer group that has met every month since I've been an MP and they have been absolutely like a rock and they remain like a rock.

"We must trust in God. So it's not just my Christian faith which I hold to but people of other faiths who put their trust in God to provide where we go next and provide for what has happened.

He said it seemed his party had suffered such crushing defeats because voters had to choose between just Labour and the Tories. 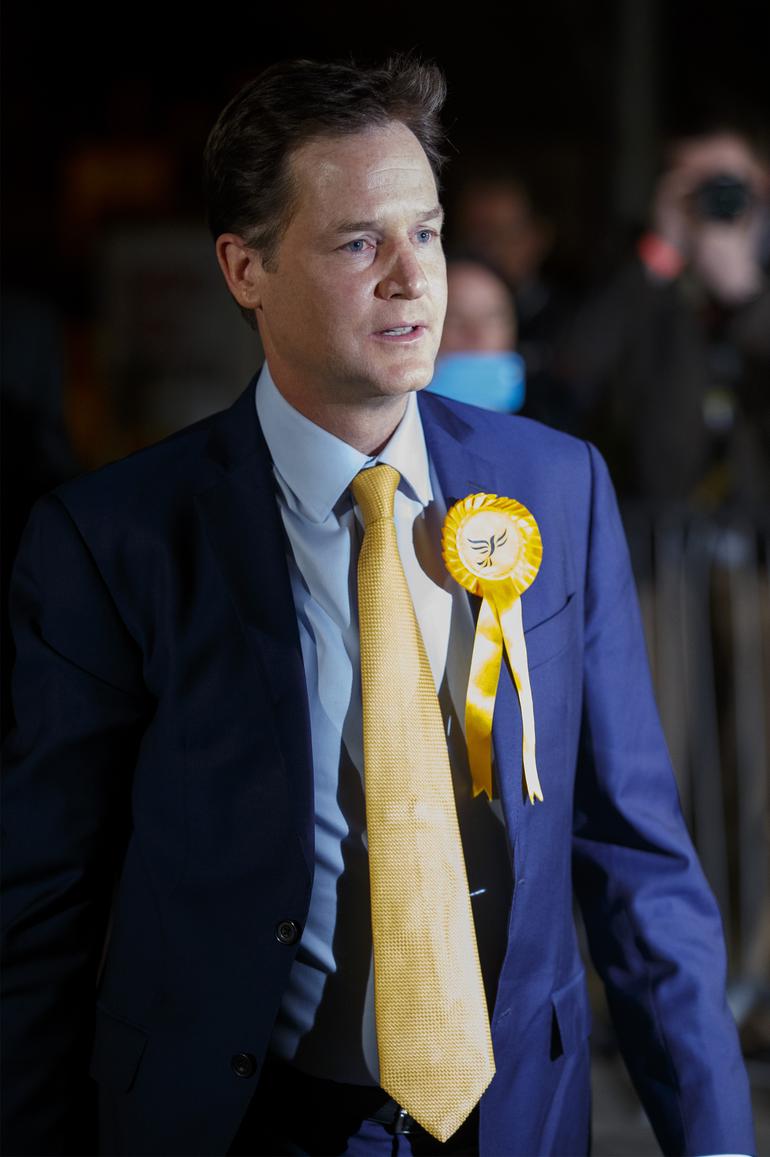 Nick Clegg said it was "cruel and punishing" for Lib Dems

His party suffered huge losses to the Conservative Party with David Cameron taking 331 seats - enough for a majority government.

Mr Hughes told Premier he was "seriously worried" about the prospect of five years of a Tory government.

He said: "I am really worried and there are welfare cuts coming down the track which will be on the backs of the poorest so I'm really concerned.

"Yes I'm worried, yes I'm fearful and we must all pray about that.

"The Conservative Party have an entitlement to government and I just hope and pray that they govern with more compassion and more sensitivity and more concern that has been expressed by many of them during the campaign.

"I pray that the Prime Minister has the wisdom to be bigger than the traditional right wing philosophy of his party might suggest."

He added that he was "confident" the Lib Dems could be rebuilt but refused to reveal who he supported for the leadership now that Nick Clegg has resigned.

When asked what he planned to do now he replied that he did not have a 'plan b'.

"I didn't have a plan, I just trusted that I'd win or that if I didn't something else would happen.

"Friends and colleagues have reminded me that it'll probably be the first time I've had a chance for a real break since 1980.

"So to be honest I'm thinking of test matches, a couple of days at the cricket, a day at Wimbledon and going up to be with my family in North Wales.

"There will be a chance possibly for a few lie ins in the morning."