Two strong earthquakes hours apart have hit a group of sparsely populated islands in the Luzon Strait in the northern Philippines, killing at least eight people

"Our bed and everything were swaying from side to side like a hammock," Mr Esdicul told The Associated Press from Basco town, the provincial capital. "We all ran out to safety."

More than 1,000 residents of hard-hit Itbayat island - nearly half of the island's population of mostly fishermen - were advised not to return to their homes and stay in the town plaza as successive aftershocks shook the region, he said.

"The wounded are still being brought in," Itbayat mayor Raul de Sagon told a local radio station. He said more doctors may be needed if the number of injured from interior villages rises. 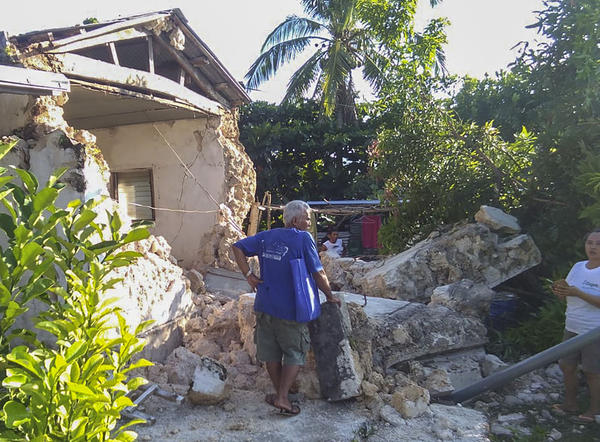 Mr Esdicul said he was already in his office with the provincial governor when the second and more powerful quake struck about three hours after the first shock.

"We have to hold on because you can't stand or walk. It was that strong," he said.

The tower collapsed when the second quake hit the island, he said.

An Itbayat hospital was damaged but remained open. An air force helicopter and a plane were en route to Batanes to help ferry and provide aid to victims.

Itbayat, part of the Batanes Islands, has a population of about 2,800 people and lies in the Luzon Strait that separates the Philippines and Taiwan.

The islands are famous for their stone-built houses, coral walls and cogon grass roofs.