A record near-1.6 million emergency supplies have been handed out by church-run food banks in the past year, with a third going to children, figures reveal.

The Trussell Trust said the number of three-day supplies given out across the UK had "soared" by 73 per cent in the past five years.

The main reasons for people turning to a food bank were benefits not covering the cost of living, or delays in payment of benefits, said the Christian trust.

Almost half (49 per cent) of food bank referrals made due to a delay in benefits being paid in UK were linked to Universal Credit, according to the charity.

It said the Government should end the five-week wait for a first UC payment to help reduce reliance on food banks.

The number of food parcels handed out at the trust's 1,200 sites totalled 1,583,668 in the year to March, a near-20 per cent increase on the previous twelve months, and the most since the charity opened 20 years ago.

The trust's chief executive, Emma Revie, said: "What we are seeing year upon year is more and more people struggling to eat because they simply cannot afford food. This is not right.

"We know this situation can be fixed - that's why we're campaigning to create a future where no-one needs a food bank.

"Our benefits system is supposed to protect us all from being swept into poverty. Universal Credit should be part of the solution but currently the five-week wait is leaving many without enough money to cover the basics.

"As a priority, we're urging the Government to end the wait for Universal Credit to ease the pressure on thousands of households. 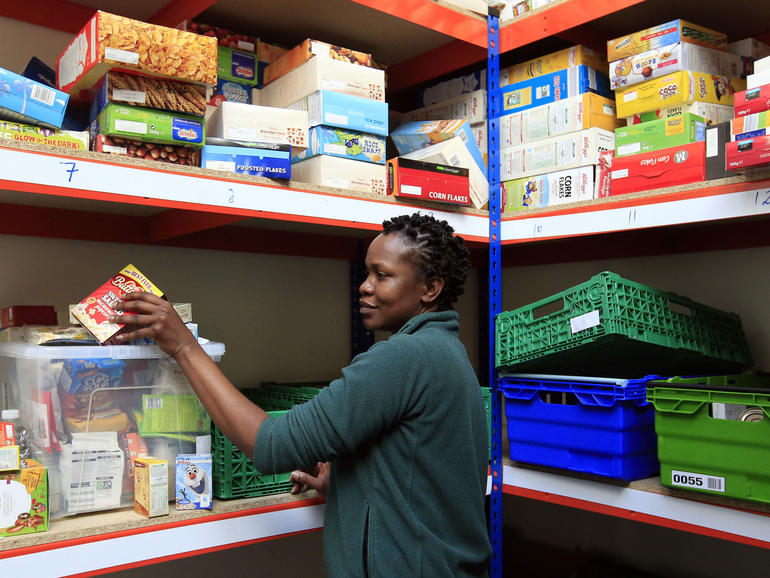 "Ultimately, it's unacceptable that anyone should have to use a food bank in the first place.

"No charity can replace the dignity of having financial security. That's why, in the long term, we're urging the Government to ensure benefit payments reflect the true cost of living and work is secure, paying the real living wage, to help ensure we are all anchored from poverty."

A Department for Work and Pensions spokesman said: "It is not true to say that people need to wait five weeks for their first payment. Universal Credit is available to claimants on day one.

"It also cannot be claimed that Universal Credit is driving the overall use of food banks or that benefit changes and delays are driving growth. 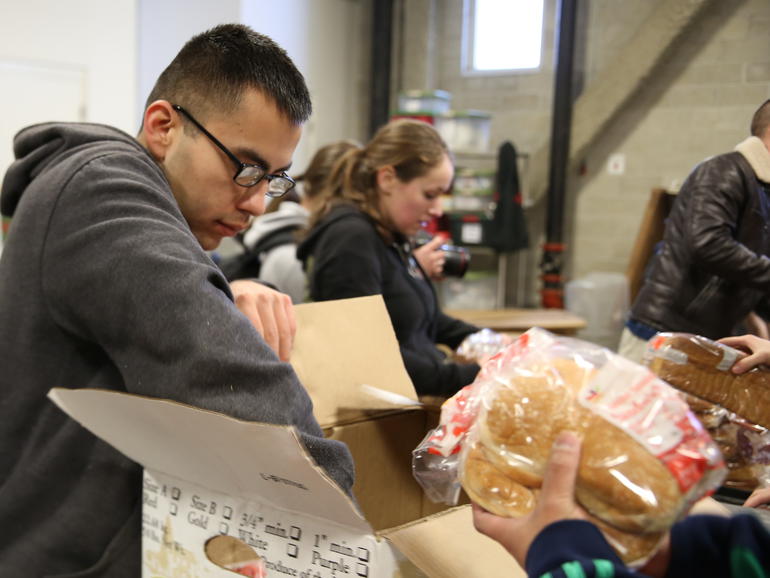 "The Trust's own analysis shows a substantial fall in the share of parcels being issued due to benefit payment delays.

"The best route out of poverty is to help people into sustainable employment which, with record employment, we are doing.

"For those who need a safety net we have invested £10 billion into Universal Credit since 2016 alone, confirmed the benefits freeze will end next year and made changes to make Universal Credit fairer for women and families." 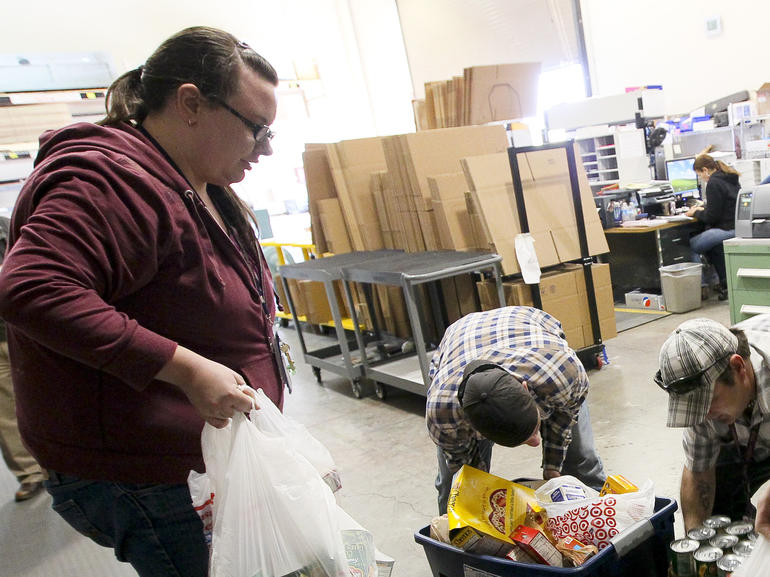 Shadow work and pensions secretary Margaret Greenwood said: "The sharp rise in food bank use over the last year is shocking, and the need for emergency food parcels in one of the richest countries of the world is shameful. Nobody in our society should be forced to turn to food banks to survive.

"Despite ministers' attempts to explain away food bank use, the Trussell Trust is very clear that cuts to social security and the five-week wait for Universal Credit payments are key reasons for the rise."