The General Assembly of the Church of Scotland has moved a step closer to allowing ministers to perform gay marriages.

The Kirk's governing body backed calls for a study into how same-sex ceremonies in church could be allowed.

The proposal was outlined in a report by the Theological Forum of the Church of Scotland.

It also called for the Church to apologise for its "history of discrimination" of gay people. 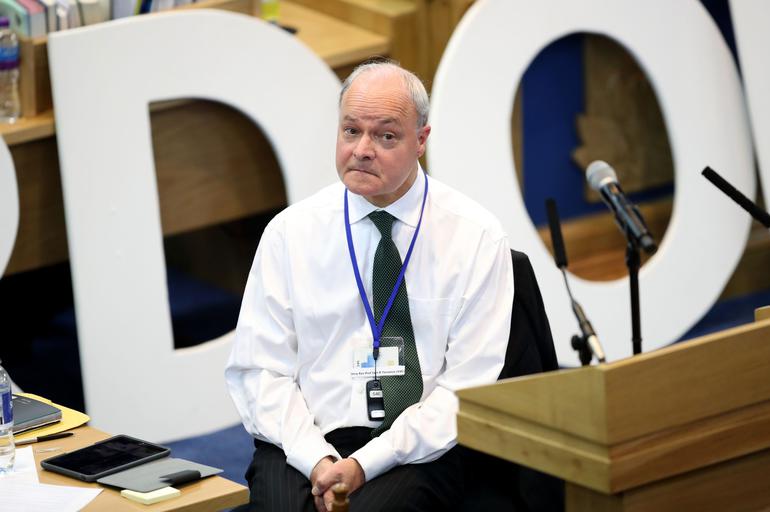 Convener of the forum, the Very Rev Iain Torrance (pictured), said: "We say that after reflection we can see no sufficient theological reason for the Church now not to authorise specific ministers to officiate at same-sex weddings, if doing so does not prejudice the position of those who decline to do so for reasons of conscience."

He continued: "I hope, I pray, we are moving to a different stage in this long argument.

"We can begin perhaps by saying gently to those with whom we have disagreed, I am sorry.

"That notion of an apology is directly linked to taking this into a non-binary stage and trying to think these pieces differently with a different perception." The report was debated for around three hours, with the General Assembly agreeing to instruct the Legal Questions Committee to "undertake a study of the matters which would require to be addressed in any new legislation permitting ministers and deacons to officiate at same-sex marriage ceremonies, with a view to presenting a report to the 2018 General Assembly."

The governing body also agreed to "invite the Church to take stock of its history of discrimination at different levels and in different ways against gay people and to apologise individually and corporately and seek to do better".

The development follows the appointment of the first openly gay minister Rev Scott Rennie in 2009, and last year's decision to allow ministers to be in same-sex marriages.

Contrasting views were expressed during the debate, which included a contribution from Mr Rennie.

He said: "I want people who see things differently to be protected - I don't want to be in a Church where everyone has to agree with me.

"I thank the forum for recognising the Christian vocation of LGBT people in this Church." Rev Steven Reid spoke against the proposals, which he said were a "difficult issue" for the Church.

"I question the balance of the report," he said.

"It's not about throwing people on one side or the other under the traffic," she said.