The persecution of Christians in Nigeria is not getting enough attention according to a charity.

Christian Solidarity Worldwide is appealing for prayers for the country as the international focus shifts to the situation in Iraq and Syria.

In Nigeria Boko Haram militants are advancing to different towns in a similar way that Islamic State fighters are in the Middle East.

Thousands of Christians have been killed in Nigeria with more than 200 schools girls still missing after they were kidnapped by Boko Haram. 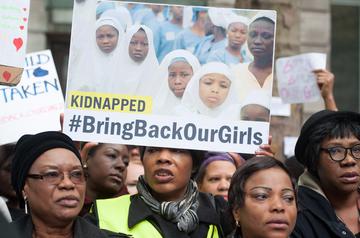 Stuart Windsor from Christian Solidarity Worldwide told Premier there needs to be more focus on the problems in Nigeria.

"Thousands of Christians are being killed.

According to the AFP news agency a spokesman for the Roman Catholic Diocese of Maiduguri claimed militant fighters had carried out atrocities against Christians in the town of Madagali.

Last week details emerged of the beheading of a six year old Christian boy by the extremists.

Charity The Voice of Martyrs heard from witnesses about the 'well-planned' assault on Attagara at the start of June.

It's claimed the boy was thrown into a ditch before being beheaded as others tried to save him.

CSW's Stuart Windsor added: "From the evidence we have they are conducting religious and ethnic cleansing in many Christian areas."