Two Christians have been giving out flowers at a Birmingham mosque in a show of support for the victims of shootings at two mosques in Christchurch, New Zealand

James Lynch and Marcus Kapers of Riverside Church gave out flowers to worshippers as they left Birmingham Central Mosque after the terror attack that killed 49 people and injured at least 20 others.

Mr Lynch said: "We were just really devastated this morning to hear the news, like a lot of people were, and we just thought there's got to be a way of making a gesture to our friends here at the mosque, so we just wanted to let people to know that we love them, and we're sorry for what happened."

World leaders have sent messages of condolence to the victims and their families. The Queen stated that she had been "saddened by the appalling events". 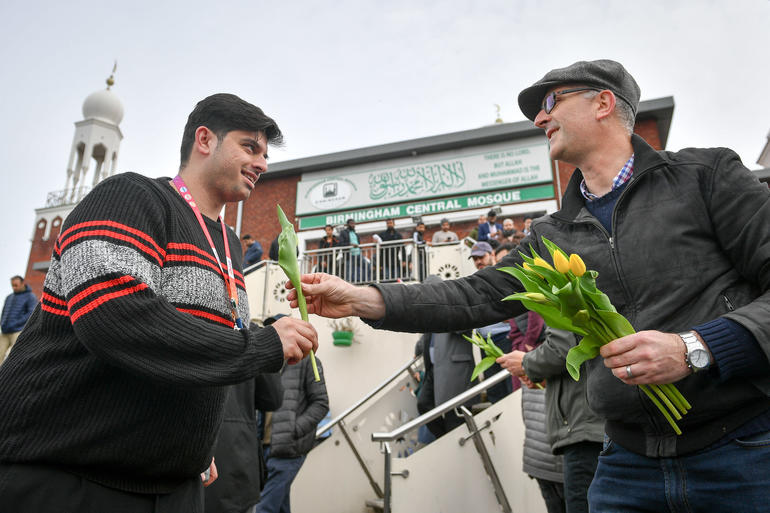 The country's prime minister, Jacinda Ardern, described the killings as "one of New Zealand's darkest days", adding: "What has happened here is an extraordinary and unprecedented act of violence."

In a separate show of support, a fundraiser for the victims of the shooting at two mosques in Christchurch raised more than 380,000 New Zealand dollars (£197,000) within hours of the tragedy. 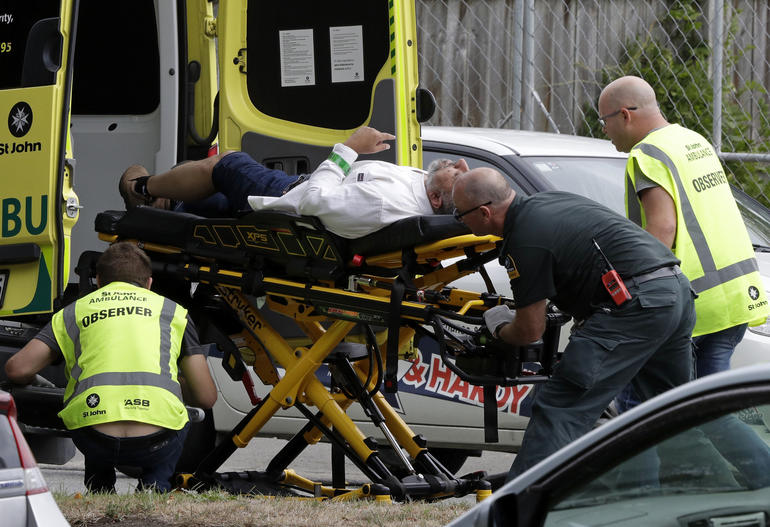 Created by New Zealand charity Victim Support, the appeal had over 6,000 donors at 2am local time, after a press release was issued at around 9.40pm the previous night.

Mr Lynch said: "It's just a gesture of friendship and acceptance... It's just a flower really but hopefully it means a bit more than that."