Christian group calls for Gaza bloodshed to be investigated

Quakers in Britain has urged for the ongoing bloodshed in Gaza to be investigated.

Thousands of Palestinians have protested along Gaza's sealed border with Israel, engulfing the volatile area in black smoke from burning tyres.

The protest is known as the Great March of Return and aims to draw attention to the forced expulsion and fleeing of Palestinians from their land when the state of Israel was created in 1948.

Israeli troops opened fire from across the border, killing at least nine Palestinians and wounding 491 others - 33 of them seriously - in the second mass border protest in a week, Gaza health officials said.

A well-known Palestinian journalist was among the dead, and hundreds of others suffered other injuries, including tear gas inhalation, the officials said. 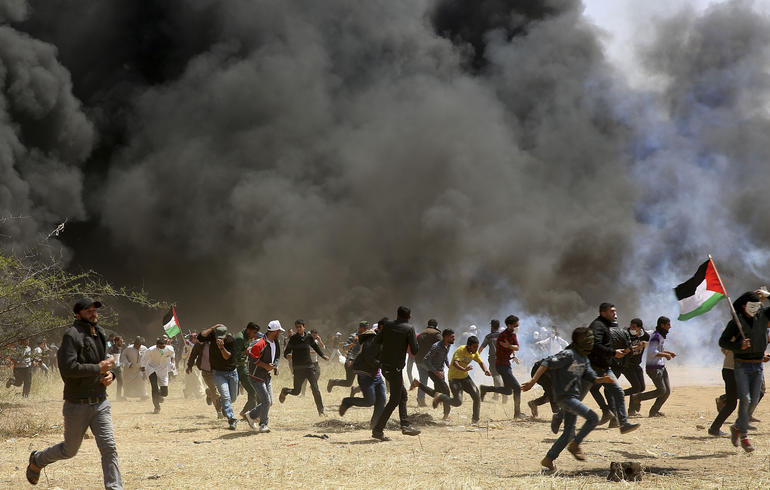 The Israeli military has said it fired only at "instigators" involved in attacks on soldiers or the border fence. It had no immediate comment.

Quakers in Britain said in a statement: "We wish to stand with all nonviolent protesters seeking a peaceful and just end to the Israeli occupation of the West Bank and Gaza.  As we are not able to be with them there, our presence has to be one of speaking out here.

"We call on the Israeli military to end their violent use of live gunfire on unarmed protesters, in clear violation of international law. We mourn the ongoing 50-year military occupation of Palestinian land by the Israeli government that has led to such despair and tension.

"We consider that the Israeli government can engage constructively with the issues that have led to this civil disobedience: the blockade of Gaza and the military occupation of the West Bank, including East Jerusalem. We call on them to do so immediately."

An Israeli military spokesman defended the rules of engagement.

"If they are actively attacking the fence, if they are throwing a molotov cocktail that is within striking distance of Israeli troops or similar activities, then those persons, those rioters, become, may become, a target," said Lt Col Jonathan Conricus.

Friday's large crowds suggested that Hamas, the Islamic militant group that has ruled Gaza since a 2007 takeover, might be able to keep the momentum going in the next few weeks.

Israel has alleged that Hamas is using the mass marches as a cover for attacking the border fence, and has vowed to prevent a breach at all costs.

Quakers in Britain said it's astounded that the UK government has failed to condemn the killings or try to end the conflict.

"We urge the British government to support the UN Secretary-General's call for an independent investigation into the killings. All governments are capable of leadership that is both moral and pragmatic," the faith group added.