Christian communities in Nigeria being 'hunted down' as violence intensifies

A Christian charity has warned that describing the recent violence in Nigeria's Plateau state as clashes between Muslims and Christians is incorrect, unhelpful

According to research by Christian Solidarity Worldwide (CSW), Muslim Fulani herder militia have perpetrated at least 106 attacks on communities in central Nigeria in the first quarter of 2018 alone, claiming 1,061 lives.

However, Dr Khataza Gondwe from the charity told Premier the clashes between the two groups in the past doesn't reflect the recent attacks in the Middle Belt region since Thursday that left 86 people dead.

She explained: "As long as you frame it as a clash, that implies that there's mutual violence.

"However the violence that happened over the weekend in Plateau state for example... this was attacks on people in their homes or as they were coming back from a funeral. You cannot describe those as clashes."

Nigeria is set to launch a major security operation to quell the spike of violence in the country.

President Muhammadu Buhari warned against reprisals after the "deeply unfortunate killings across a number of communities" in central Plateau State as the military and police tried to end the bloodshed, saying "no efforts will be spared" to find the attackers.

However, footage from Jos showed angry people waving machetes and sticks shouting at passing security forces as they weaved around overturned and burning vehicles. 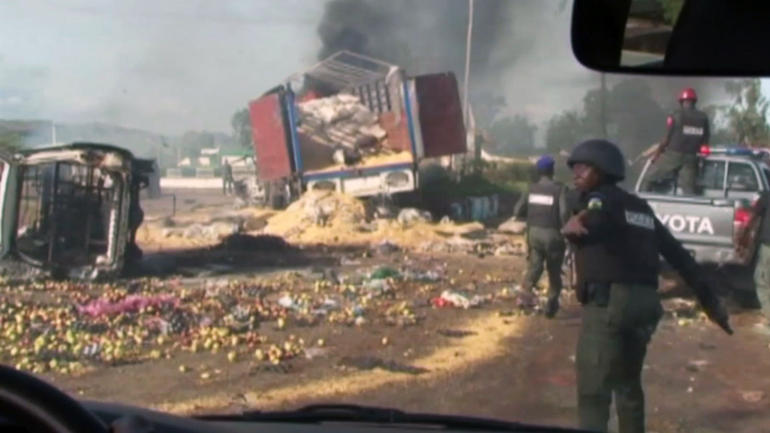 Destroyed vehicles and debris is strewn across the road as police attempt to restore calm, in the town of Jos, Nigeria

The Socio-Economic Rights and Accountability Project in the West African nation has also sent an open letter to the Human Rights Council highlighting what needs to be done in response to the killings.

The letter urges the Human Rights Council to adopt a resolution to "condemn in the strongest possible terms the ongoing killings and revenge attacks on innocent Nigerians and residents by suspected herdsmen and/or unknown persons as well as the ongoing impunity enjoyed by suspected perpetrators and groups that have suggested these atrocities may be retaliatory killings".

The Miyetti Allah Cattle Breeders Association of Nigeria released a statement claiming the attacks were done in retaliation over the killing of 300 cows belonging to its members.

Gondwe told Premier why the group are trying to justify the violence with this excuse.

"The reason why they felt they could say that 300 cows had disappeared and therefore they murdered 200 people is because in the past they've said, 'oh we've killed people because our cows have been killed' and nothing has been done.

"No, it does not justify this and it is time for the Nigerian state itself to say that 'the lives of human beings matter more than the lives of cattle'. If cattle have been taken... you can get legal remedies, you can go and buy more cattle or get the people who you accuse of having done this to reimburse you.

"But you take a human life - this cannot be reimbursed in any way, shape or form. For those lives to be taken with no ramifications on those who kill and they feel so confident to justify the killing on the bases that their cattle have been taken, points to a very worrying development in the country." 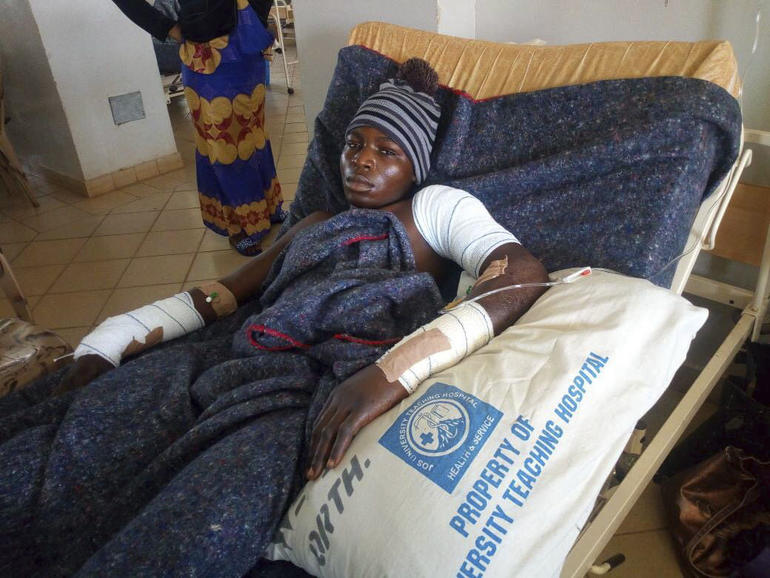 A man receives treatment at the Jos University teaching hospital in Jos, Nigeria

So far CSW has documented over 400 deaths in 46 attacks during the second quarter of 2018. The most recent attack in Plateau state saw mostly women and children killed as they returned from the funeral of an elderly member of the Church of Christ In Nations.

Gondwe said the Nigerian government needs to do more to put an end to the killings.

"What we want to see is a government that actually values the lives of its citizens because the primary responsibility of government is the protection of the lives of the citizens.

"It's not just the Fulani herders who are killing people. You have Boko Haram and you have kidnappers who are also abducting and killing and it just seems like a surge of bloodshed in the nation that is not being adequately addressed by law and order."