Five Christians were among 14 people arrested on Wednesday during a climate change protest outside Downing Street.

Shortly before his arrest, Richard Barnard said: "I decided to take part on behalf of all the people around the world who are already suffering the effects of climate change.

"Of course I'd rather not be here today; I would rather be at home. However, I have the privilege of being able to speak out for justice and I will do that for those around the world who don't have that luxury."

The group also attempted to block the entrance to Downing Street and Jarman used glue to stick herself to railings, before being removed by police.

The Extinction Rebellion protest was one of a series that happened across the capital yesterday. 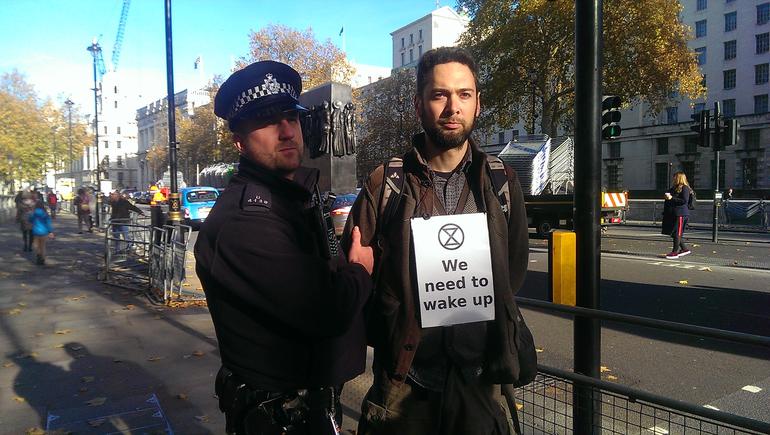 The group had previously declared a fortnight of planned protests they described as ''the rebellion' after the government failed to agree to their demands by 12th November which included declaring a state of emergency around climate change.

Kingston, 82 who is a Christian Climate Action member, was led away two weeks ago by police without being arrested after lying in the road outside parliament for several hours.

Those involved with the 'rebellion' have said the movement is "prepared to risk arrest in order to ensure the world avoids climate breakdown".