Christian charity plans to help after powerful earthquake in Mexico

A Christian charity said it's assessing how it will provide relief to victims of a deadly earthquake in Mexico.

One of the most powerful earthquakes ever to strike Mexico has killed at least 32 people, toppling houses and businesses and sending panicked people into the streets more than 650 miles away.

The US Geological Survey said the earthquake hit off southern Chiapas state near the Guatemalan border with a magnitude as 8.1 - equal in force to a 1985 quake that killed thousands and devastated large parts of Mexico City.

Hundreds of buildings collapsed or were damaged, power was cut to more than 1.8 million people and authorities closed schools in at least 11 states for safety checks. 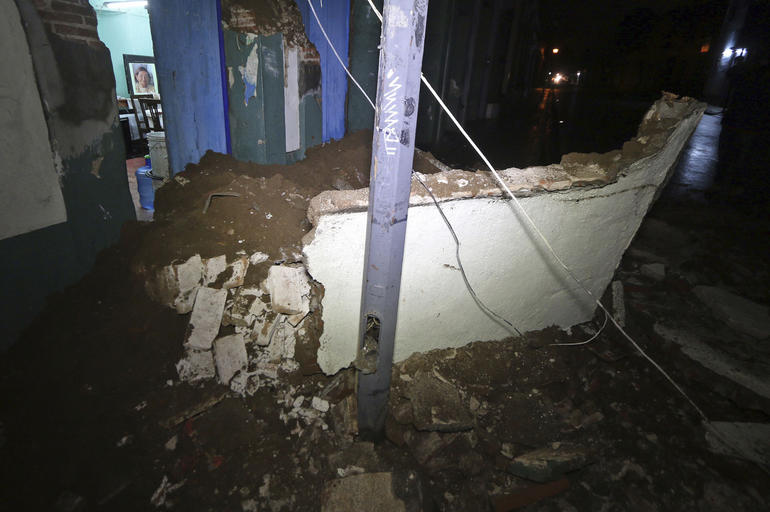 Debris from a collapsed wall sits in Oaxaca, Mexico, after an earthquake early Friday.

He told Premier he felt a shake around midnight and emergency alerts started to go off for a tsunami. He said that's when he saw a lot of people leaving their homes.

Leo and other World Vision staff are located about 200 miles from where the earthquake made the most damage in the southern coast of Mexico.

He added: "There's a lot of concern over there because people in the southern coast are the most vulnerable in terms of poverty and in terms of infrastructure.

"So right now there's a lot of concern because they're dealing with buildings that have collapsed."

The Pacific Tsunami Warning Centre said waves more than 3ft above the tide level were measured off Salina Cruz, Mexico. Smaller tsunami waves were observed on the coast or measured by ocean gauges in several other places.

Leo said World Vision staff in Mexico has been working with local churches to assess the needs of families worst affected.