The conflict began in the 1960's between the opposing factions and almost a quarter of a million people have been killed.

There are an estimated 8 million victims and the country has the world's largest number of internally displaced people, 6.9 million.

Christian Aid is now urging the government to ensure the agreement is implemented and paramilitary groups are fully dismantled as a matter or priority, to guarantee lasting peace.

The two groups agree the deal in Havana, Cuba, and it is due to be signed next month when state leaders are present.

The negotiation has been almost four years in the making and the final peace agreement establishes a ceasefire between Colombian armed forces and the FARC. 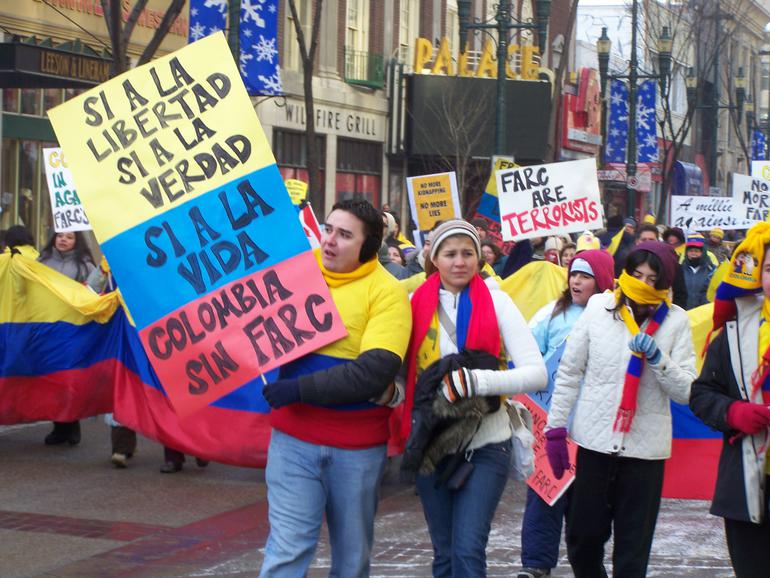 Fr Alberto Franco, Director of Christian Aid's local partner Interchurch Justice and Peace Commission, said: "One challenge is not to repeat history by signing an agreement not complying with it, and allowing the killing of participants to the peace process, as it happened after the agreement of 1984."

"Another challenge is to see behind the immediate enthusiasm of the peace deal and to remember that peace-building also requires deep and lasting transformation of society. The peace process should mean the end of Colombia's position as one of the world's most unequal and corrupt countries, where people are often second to commercial interests."

The peace deal includes specific measures to ensure that victims' can access the rights to truth, justice and reparations.

It does not provide amnesty for perpetrators of serious human rights violations, such as sexual violence, whether committed by state forces, the FARC or paramilitary groups.

Sergio Coronado works for a partner charity of CAFOD in the country and told Premier's News Hour the ceasefire took a long time to agree.

He said: "The Church has played an important role during the peace negotiations, we have been facilitators and supporters of the negotiations.

"The Church has played a role to be with the victims".