Christian Aid on Chilcot report: "let us remember those in Iraq"

It shows that Tony Blair's crucial judgment that Iraq had breached the terms of a United Nations Security Council resolution, providing legal justification for UK involvement in war, was delivered in a "perfunctory" note without discussion in Cabinet and without a formal record of how it had been reached.

The Iraq Inquiry found that the circumstances in which it was decided that there was a legal basis for war were "far from satisfactory".

More than 200 British citizens died during the course of the war with tens of thousands of Iraqis killed.

The invasion of Iraq took place between March and May 2003 and toppled the government of Sadam Hussien and led to the Iraq War.

Fighting is still ongoing an Iraq is in the midst of a battle against Islamic State amongst other groups.

In December 2011 US troops completely left the country. 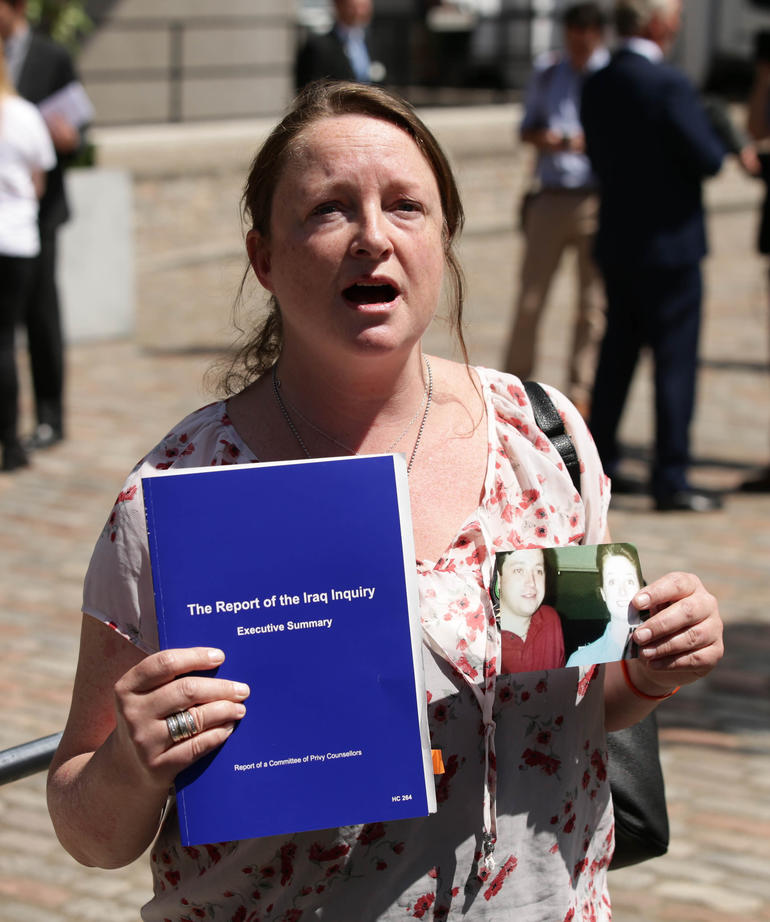 Sarah O'Connor holds up a photo of her brother Sergeant Bob O'Connor who died in Iraq, as she leaves the Queen Elizabeth II Conference Centre, London, after the publication of the Chilcot inquiry into the Iraq War.

Christian Aid's Head of Middle East Frances Guy said: "While we consider the impact of the Chilcot report let us remember those in Iraq who suffer from the results of political decisions made elsewhere in the world.

"Hundreds of thousands of Iraqis have died, more than 10 million are in need of some humanitarian assistance, most especially the more than 3 million who have fled their homes to go to other places inside Iraq in search of relative safety."

"Apologies will not put their lives together, however support for an inclusive political process and help to those who have fled the fighting will help bring back some hope for a better future."