Christian adviser to Blair: 'He's not a war criminal'

A Christian who advised Tony Blair during the Iraq War has told Premier it's not right that people call the former Prime Minister a war criminal.

Major General Tim Cross, who now works with the Armed Forces Christian Union, has been speaking as the long-awaited official report into Britain's involvement in the Iraq War was released.

It has delivered a scathing verdict on Government ministers' justification, planning and conduct of a military intervention which "went badly wrong, with consequences to this day".

The report, put together by Sir John Chilcot, says former prime minister Tony Blair presented the case for war in 2003 with "a certainty which was not justified" based on "flawed" intelligence about the country's supposed weapons of mass destruction (WMD) which was not challenged as it should have been. 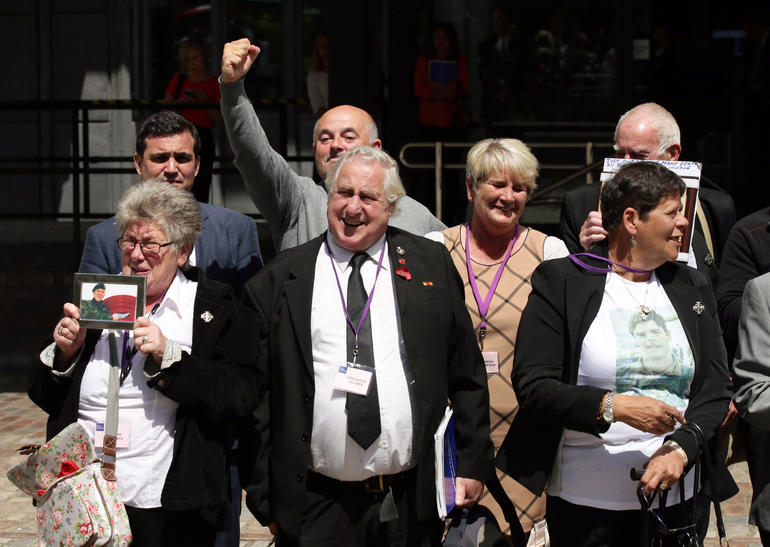 Relatives and friends of the military personnel who died in Iraq, leave the Queen Elizabeth II Conference Centre, London, after the publication of the Chilcot inquiry into the Iraq War.

Key findings:
- The UK chose to join the invasion of Iraq before the peaceful options for disarmament had been exhausted
- Military action at that time was not a last resort
- Judgements about the severity of threat posed by Iraq's weapons of mass destruction were presented with a certainty that was not justified
- Intelligence had "not established beyond doubt" that Saddam Hussein had continued to produce chemical and biological weapons
- Policy on Iraq was made on the basis of flawed intelligence assessments, it was not challenged, and should have been 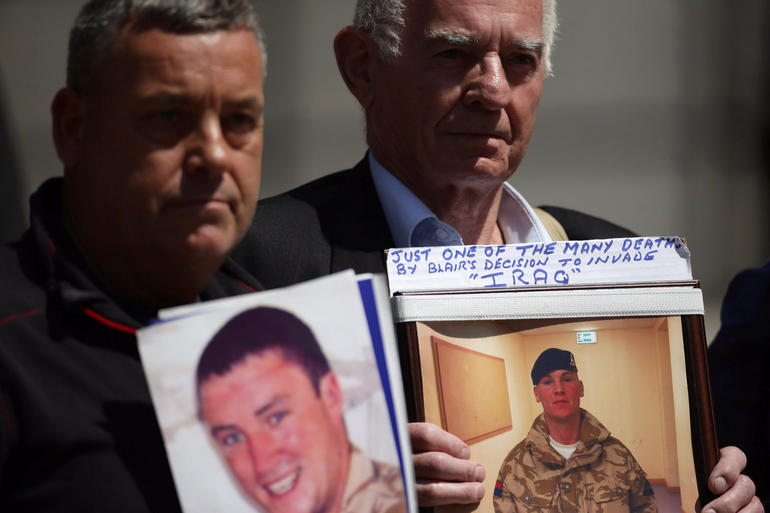 A family member holding a photograph of Stephen Robert Wright (right), outside the Queen Elizabeth II Conference Centre, London, after the publication of the Chilcot inquiry into the Iraq War.

Ever since Mr Blair took the decision to go to war, he faced accusations that his reasons and motives were wrong.

Tim Cross was the most senior British officer involved in post-war planning for Iraq. Despite criticising the government's decisions at the time he told Premier's News Hour some of the accusations being levelled at Tony Blair are unfair.

"I wouldn't say that Tony Blair's got off the hook here," he said. "But it was clear that Sir John said that he [Tony Blair] was receiving intelligence that told him certain things, and when you think about the journey Tony Blair was on...the Rwanda massacres, September the 11th, and the fact is that the world stood up and said we're with you America we have to do something about this terrorism.

"That journey he was on takes you from a purely human point of view, we all carry the baggage of our experiences, in making a decision, getting your mind round it, deciding that we're getting involved in this.

"It's right that we look at that process and right that we make comment on it, but I've never been one to think Tony Blair is a war criminal.

"I just think that that's bizarre." 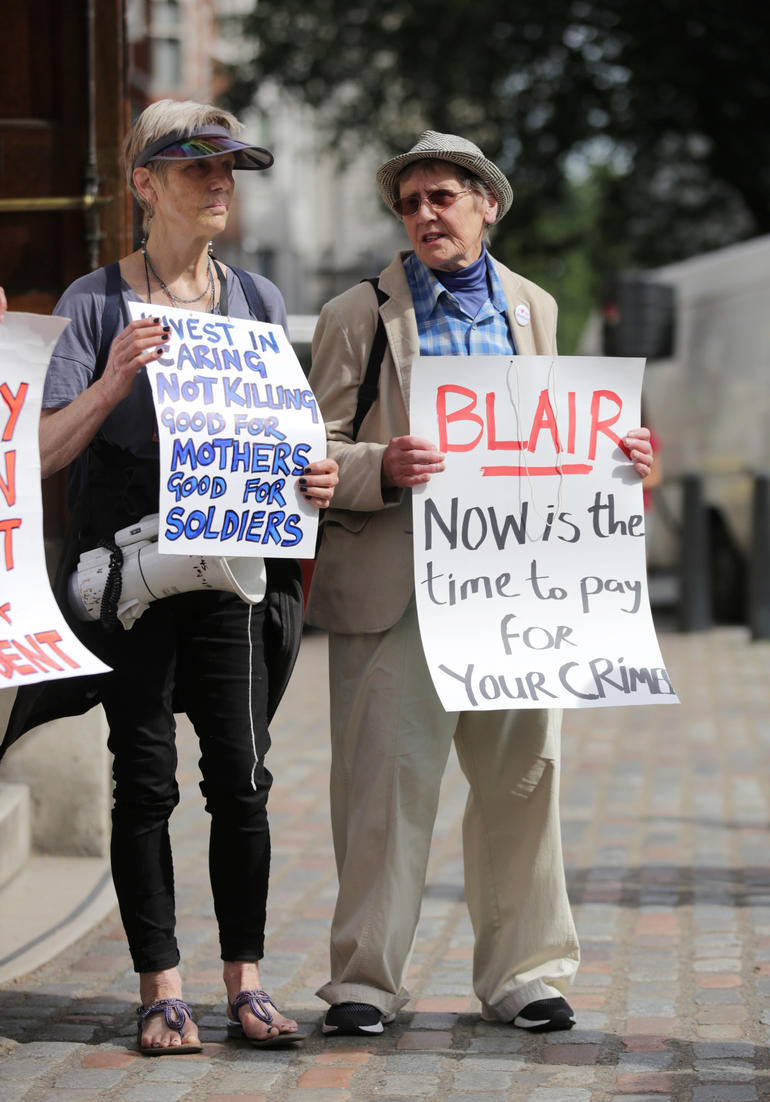 Protesters outside the Queen Elizabeth II Conference Centre, London, after the publication of the Chilcot inquiry into the Iraq War.

Symon Hill's a Christian from the Peace Pledge Union and a long term campaigner against the Iraq War.

He told Premier's News Hour there was no need for war.

He said: "Tony Blair and his government repeatedly overstated their case, repeatedly overlooked the flimsiness of the evidence they were arguing for.

"Tony Blair told George Bush 'I'll be with you whatever', which he had no authority to say without the permission of cabinet and then parliament."

He said that society has a duty to be more questioning in future to prevent this happening again: "The idea that I should ever be required to obey orders, without seeking God's guidance, without looking at my conscience, looking at scripture and so on, is I think something fundamentally wrong." 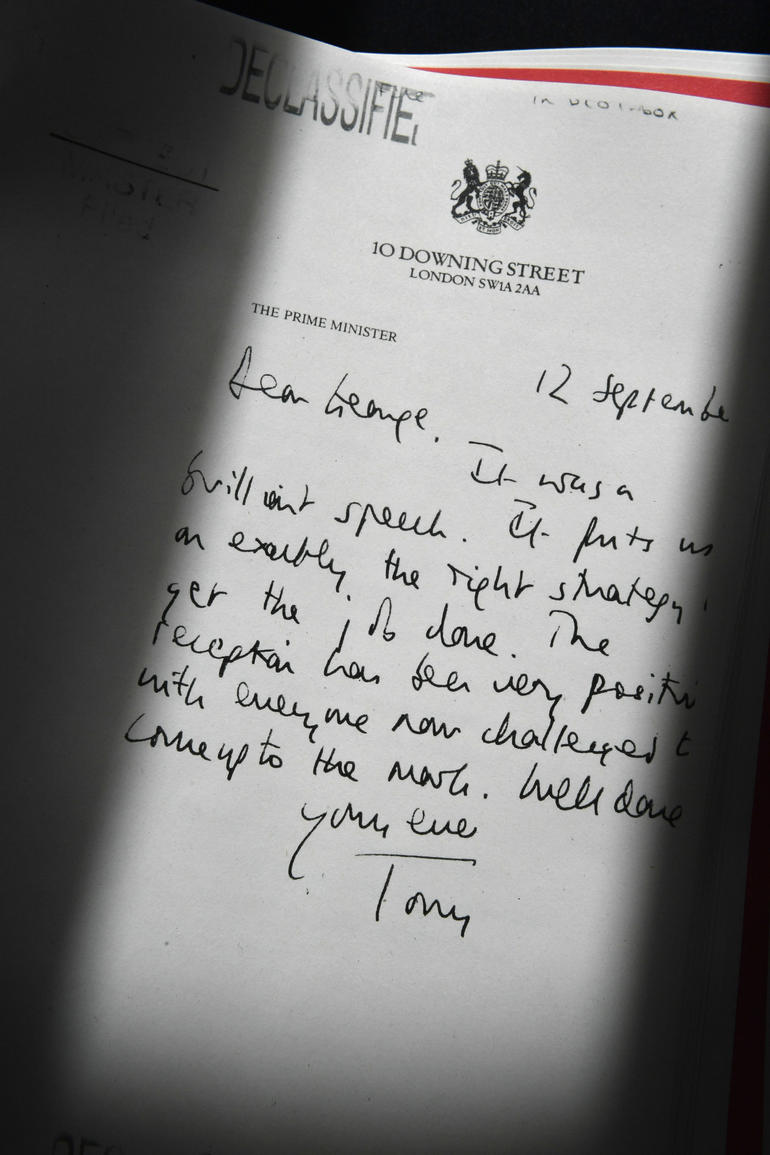 Detail of a declassified handwritten letter sent by the then British Prime Minister Tony Blair, to George Bush, former President of the United States, is seen as part of the Iraq Inquiry Report presented by Sir John Chilcot at the Queen Elizabeth II Centre in Westminster, London.

The stats:
- More than 200 British citizens died during the course of the war
- Invasion of Iraq began March 2003
- Saddam Hussien government toppled in May 2003
- USA troops left Iraq December 2011
- Ongoing battle against Islamic State among other groups

Responding to the inquiry's findings, Tony Blair said: "The report should lay to rest allegations of bad faith, lies or deceit.

"Whether people agree or disagree with my decision to take military action against Saddam Hussein; I took it in good faith and in what I believed to be the best interests of the country."

He said: "I will take full responsibility for any mistakes without exception or excuse."

Current PM David Cameron has given his assurances to MPs that lessons will be learned and acted on.

Meanwhile Jeremy Corbyn has condemned the decision to go to war in Iraq in 2003 as an "act of military aggression launched on a false pretext", as he was heckled by his own MPs. 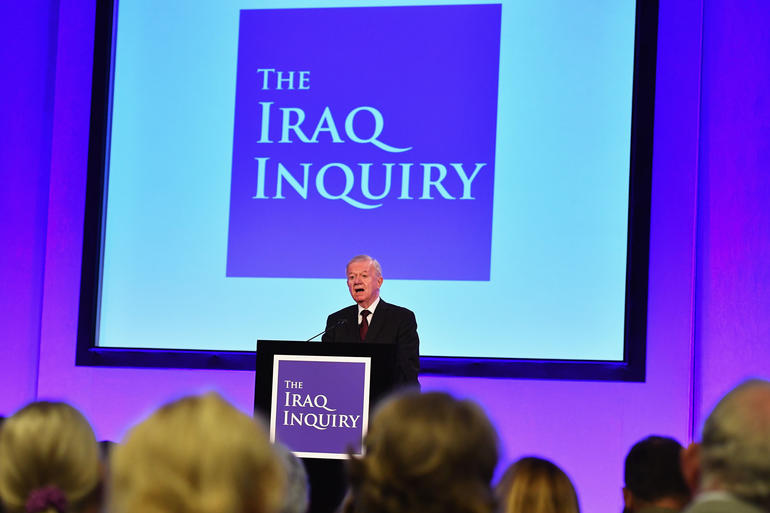 Sir John Chilcot presents The Iraq Inquiry Report at the Queen Elizabeth II Centre in Westminster, London. PRESS ASSOCIATION Photo. Picture date: Wednesday July 6, 2016. The Iraq Inquiry Report into the UK government's involvement in the 2003 Iraq War under the leadership of Tony Blair is published today. The inquiry, which concluded in February 2011, was announced by then Prime Minister Gordon Brown in 2009 and is published more than seven years later.