Charges dropped in first arrest and prosecution for praying

The Crown Prosecution Service has dropped charges against a Christian man who was arrested for peacefully praying outside an abortion clinic in Ealing, west Lon

It's the first case in modern times of arrest and prosecution for praying.

Christian Hacking, 29, from London was arrested by police on the 8th August 2019 for allegedly failing to comply with a Public Spaces Protection Order (PSPO) outside of Marie Stopes abortion clinic on Mattock Lane in Ealing.

Hacking pleaded not guilty and was set to go on trial on 5th November 2019 at Uxbridge Magistrates Court. However, a letter was sent to him stating that the case would no longer be taken forward due to there being not "enough evidence to provide a realistic prospect of conviction," according to Christian legal group Christian Concern.

Christian Concern has stated that the arrest and case, revealed by police body camera footage, raises the question of whether praying in a public space now constitutes harassment and whether buffer zones around abortion clinics breach freedom of expression, religion and thought.

On 8th August 2019, police were called after the Marie Stopes clinic reported that two men were breaking the PSPO by praying on the green directly outside of the clinic, rather than in the designated area for 'protest' located further down Mattock Lane.

Video footage from the police body camera reveals two police officers approaching Hacking, who can be seen sat on the grass next to his wheelchair with a friend. The police statement from the arrest says: Both males were sitting quietly on the grass", and in the video footage the officer says: "You seem two very nice people, but..."

The manager of the Marie Stopes clinic, emerged from the building with the printed PSPO order and said to one of the officers: "They've been praying... they had every intention of you being called, so they were making a protest."

After being warned, Hacking told the officer that he will continue to pray and said he didn't respect the PSPO.

Hacking then asked for clarification from the police officer if it was a criminal offence for him to pray in that location.

A police van then arrived, and four officers carried Hacking, who uses a wheelchair, and put him in the vehicle. 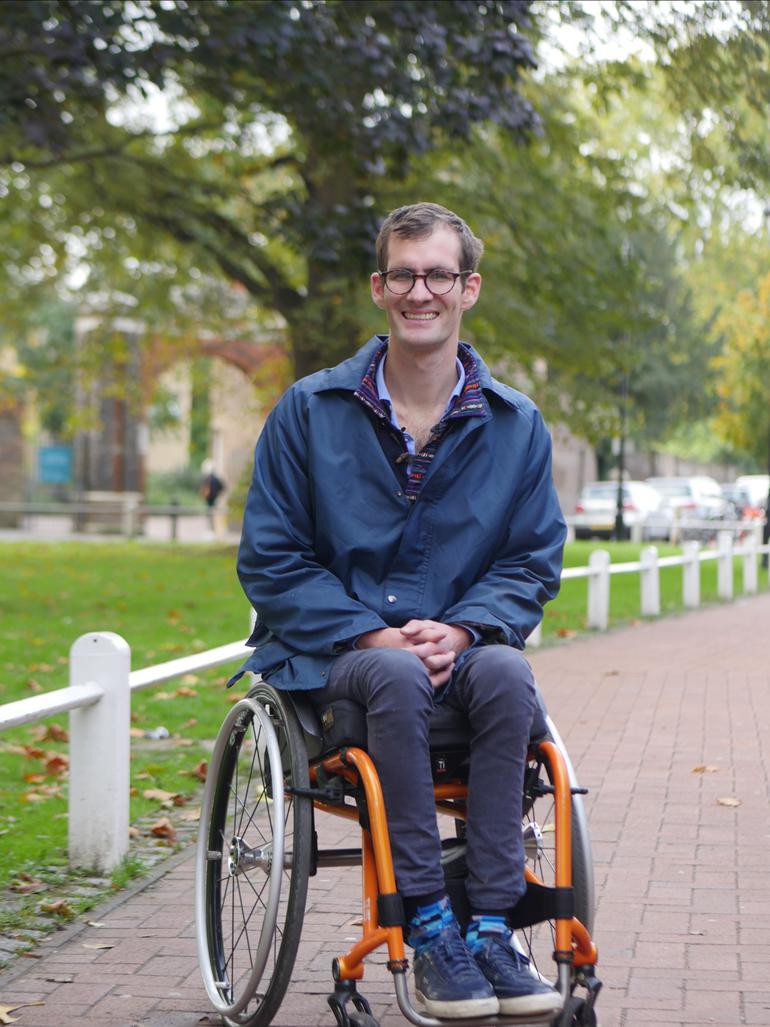 Hacking said he doesn't regret what he did and urged the Church to pray more outside abortion clinics.

"To be treated like a criminal and imprisoned for eight hours for praying is ludicrous," he said.

"My Christian faith calls me to defend the voiceless and what more peaceful way can I achieve this than through prayer.

"If abortion providers don't want me praying outside their clinic they should buy the land and ring fence it. Not arrest people for doing what they don't like on public property.

"Surely we, as a nation, can give women in a crisis something better than abortion.

"I care deeply about all the families who attend abortion clinics and will continue to do what it takes, no matter what, until this silent genocide of innocent children ends."

The PSPO, put in place by Ealing Council in April 2018, was the first buffer zone surrounding an abortion clinic to be introduced in the UK. It bans a range of activities within 100m of the clinic, including prayer.

Andrea Williams, chief executive of the Christian Legal Centre has called for Ealing Council to review their policy around the buffer zone.

"The alleged purpose of the PSPO legislation was to prevent harassment despite there never having been evidence to show that women have been harassed," she said.

"The authorities now seem to think that even prayer is harassment. Christian did not harass anybody, and his arrest was just plain wrong."