Defence and prosecution lawyers were making their final submissions at Melbourne Magistrates' Court in a hearing to determine whether the case against Australia's highest-ranking Catholic was strong enough to warrant a trial by jury.

Magistrate Belinda Wallington will make her ruling on May 1 on whether Pell will stand trial.

The details of the allegations against the 76-year-old have yet to be released to the public, though police have described the charges as "historical" sexual assault offences - meaning the crimes allegedly occurred decades ago.

Defence lawyer Robert Richter told Wallington that complainants might have testified in court last month against the former archbishop of Melbourne and Sydney to punish him for failing to act against abuse within the church. 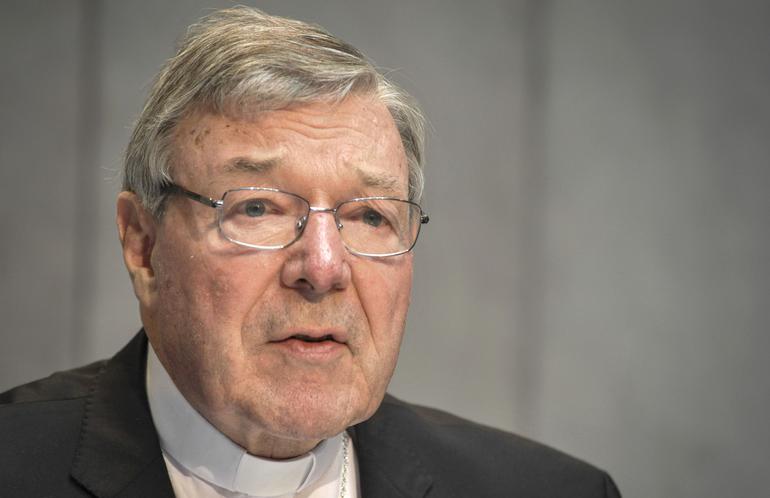 "We say that Cardinal Pell, representing the face of the Catholic Church, a prominent person, had been the obvious target of allegations that are not true but are designed to punish him, almost, for not having prevented sexual abuse for many years," Richter said.

But prosecutor Mark Gibson told the court there was no evidence to back Richter's theory that Pell had been targeted over the church's failings.

Pell attended court every day during four weeks of testimony last month, during which his alleged victims testified via a video connection to a courtroom closed to the public and media. He was excused from attending court on the final day.