C of E's representative in Parliament to step down at General Election, citing abuse and Brexit as reasons

Caroline Spelman, who liaises between the Church of England and Parliament, will stand down at the next general election.

The Conservative MP for Meriden has held her seat in the West Midlands since 1997 and has also been the Secretary of State for Environment and had many shadow ministerial roles.

Explaining her reasons for stepping down on Premier's News Hour, she said: "I've been a member of parliament for 22 years and I've never really noticed a period quite like what we've been through over the last couple of years, it's been very difficult.

"One of the main reasons I've given is that I have suffered a lot of abuse - online, in writing, verbally, and it's been directed at me and my family and my staff and I really think it's got to stop.

"I've worked hard to try to avoid a no deal Brexit because I saw the evidence of the impact it would have on the area where I live, because the West Midlands is the major exporting region to the EU, but that drew a lot of very, very abusive emails and I just feel we've had enough.

"I feel I've made the right decision, I've put the national interest first."

Dame Caroline Spelman voted with the government throughout Theresa May's battle over Brexit with the Commons and was the author of an amendment on giving expression to the majority of parliament.

She voted with Boris Johnson's government on Tuesday night, when several of her fellow MPs were booted out for their rebellion.

However, on Wednesday she voted for a bill to block a no-deal Brexit and abstained in a vote about whether to have a general election or not.

"The difficulty for me yesterday was that the government had whipped to grant the bill but, very graciously, the chief whip gave me the freedom to vote with my conscience yesterday and I'm very grateful to him for that." 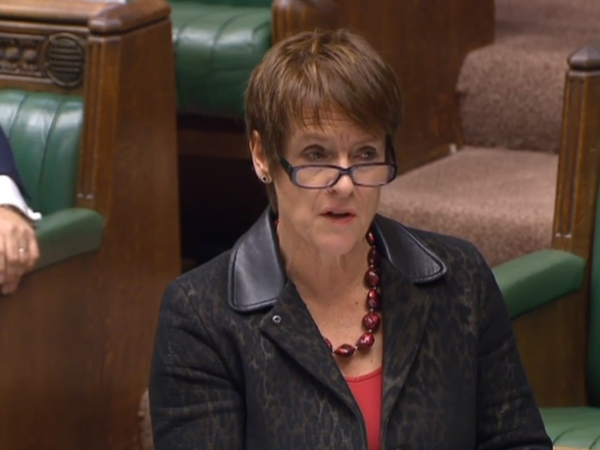 When asked about the role her faith played in her decision to change career, she replied: "I prayed hard. It's not easy to reach a decision after 22 years, when I felt called into politics as a Christian.

"As one of my vicar friends said, 'You're called Caroline until you're uncalled', but I think I have now been uncalled and God in His great grace has given me the chance to leave honorably and for that I'm deeply grateful."

She will go on to be on the steering committee of the citizen's forum, a collection of cross-party MPs aiming to bring national reconciliation to the Brexit debate, which the Archbishop of Canterbury will lead.

"It's something I look forward to supporting Justin in doing" she said.

I am retiring as an MP at the next General Election. It has been a privilege to serve the constituency over the last 22 years, but the time has come for a new person to represent the interests of Meriden in a new Parliament which will be dominated by the consequences of Brexit

The Archbishop of Canterbury Justin Welby said of her departure: "Dame Caroline Spelman has been an extraordinary public servant for many years.

"She has shown huge commitment to the vibrancy of the Church and wider civil society. In following Jesus's example of servant leadership, she has shown integrity, wisdom and humility.

"In her role as Second Church Estates Commissioner, Caroline's advice and support have been unfailing and invaluable, her political courage and determination outstanding.

"She will be deeply missed from her current role, and we will value her contributions until the next election."