The ban on the full body burkini swimsuit in some parts of France will make the tensions in the country worse according to campaign group Christian Concern.

The Muslim beachwear has hit the headlines in the past week after images emerged of uniformed police appearing to require a woman to take off her tunic on a beach in Nice.

It comes just weeks after a number of regions implemented a ban on the burkini in a strict application of French secularism policies.

The laws give police the power to fine women for wearing clothing which is religious.

Prime Minister Manuel Valls said on French television that burkinis represent the "enslavement of women" and reiterated support for the bans - but urged police to implement the bans fairly and respectfully.

Tim Dieppe, Director of Islamic Affairs for campaign group Christian Concern told Premier's News Hour that the police are focussing their attention in the wrong places.

He said: "People's faces are clearly visible in a burkini and nothing else can be hidden underneath it.

"I don't think there's a requirement to ban the burkini. I would ban the burka though because it inhibits communication by covering the face."

Dieppe also raised concern over the impact this may have on the wider tensions in France.

"France is struggling with the whole cultural war that is happening with Islam asserting itself more aggressively and their response is to assert an aggressive form of secularism and this way of doing it is not the right way," he said. "It's causing a lot of angst." 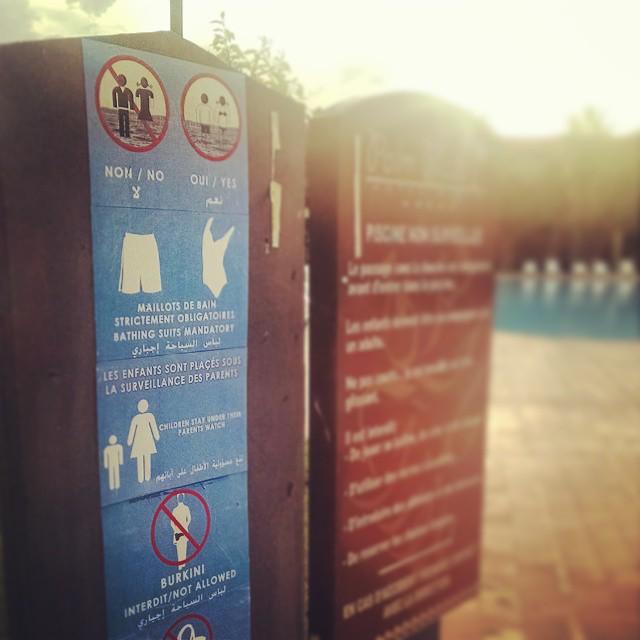 The Human Rights League and the Collective Against Islamophobia in France are taking legal action claiming the mayor's decree violates basic freedoms of dress, religious expression and movement.

In London, around 30 campaigners threw a "wear what you want" beach party outside the French Embassy on Thursday to protest the bans.

One of the protesters - Jenny Dawkins, a curate at All Saints Church in Peckham said whatever the reason behind the ban, it does not justify "men with weapons standing over a woman telling her what not to wear. That's not a sight that any of us should stand for."

Earlier this week a court in Nice said the ban was "necessary, appropriate and proportionate" and added that wearing "conspicuous" religious clothing on the beach may be seen as a "provocation" by some people and increase local tensions.

It also said that burkinis could be viewed as an "expression of an erasing" of women and "a lowering of their place which is not consistent with their status in a democratic society".