Bolivia's president has cancelled the country's ban on evangelism, which was put into law last month.

President Evo Morales announced on Twitter that the government will repeal the penal code that criminalised evangelism and put restrictions on religious freedom.

He tweeted: "We have decided to repeal the Criminal System Code to avoid confusion... and have no arguments, to generate destabilisation in the country...

"We will send a letter to the Legislative Assembly in the coming days."

The amendments to Article 88 declared that "whoever recruits, transports, deprives of freedom or hosts people with the aim of recruiting them to take part in armed conflicts or religious or worship organisations will be penalised 7 to 12 years of imprisonment".

President Morale's U-turn on the ban came after an outcry from Christians. 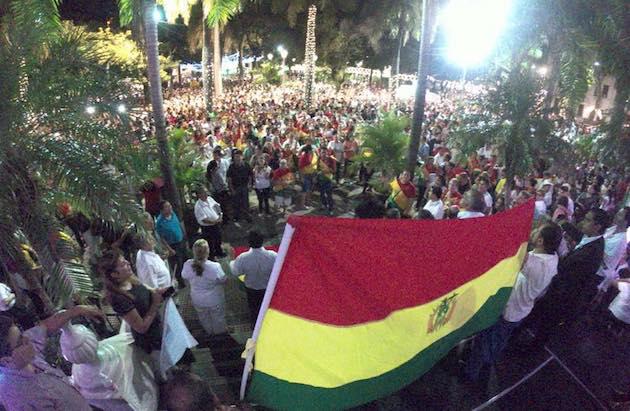 According to Evangelical Focus, there were protests and some held a special day of prayer and fasting.

National Association of Evangelicals in Bolivia (ANDEB) called for the Bolivian government to start "preparing a new Penal Code that reflects the social reality of Bolivia" and said a new law should "emerge from a consensus and a social agreement of all sectors of our country".

Writing in a letter to the Bolivia's Legislative Assembly, BWA's general secretary Elijah Brown said: "The ambiguity of these laws could lead to unintended restrictions on religious freedom and to the direct persecution of churches and individuals of faith.

"I join with our Baptist partners in asking for a modification or repeal of this law."

He stated that he didn't want to pass laws such as those under the country's former dictator, Hugo Banzer.

Mr Morales added: "I ask the assembly ... to rapidly advance a new code. I'm almost positive there will be a few changes and modifications to the articles."