Sharif is in jail serving ten years on corruption charges and his younger brother, Shahbaz Sharif, has taken control of the party.

Wilson Chowdhry from the British Pakistani Christian Association, told Premier News Hour: "Imran Kahn has openly said he would not change the blasphemy laws and insure that it's enforced.

"That blasphemy law has been a tool or discrimination and persecution for Christians since 1987." 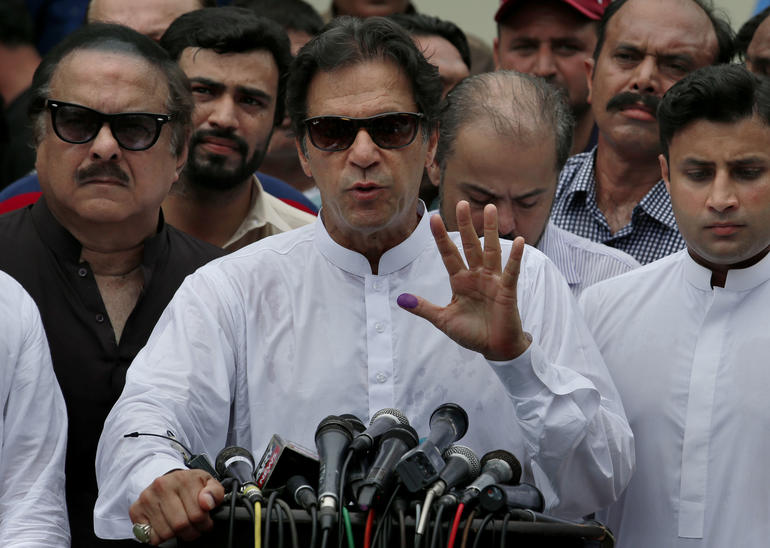 Pakistani politician Imran Khan, chief of Pakistan Tehreek-e-Insaf party, speaks to media after casting his vote at a polling station for the parliamentary elections in Islamabad, Pakistan,

The unprecedented participation of radical religious groups, including those banned for terrorist links but resurrected and renamed, has also raised fears the space for moderate thought may shrink further in Pakistan.

Wilson added: "The tragedy is that for the first time in any election in Pakistan, no Christian candidates have been picked by any of the mainstream parties for the national assembly. We will be bereft of a voice whoever we vote for." 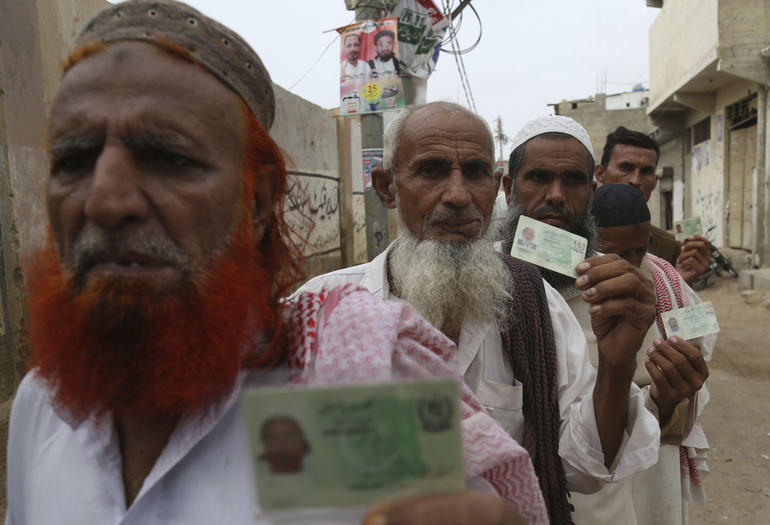 Pakistani voters pose to show their identity cards waiting to cast their votes at a polling station Karachi, Pakistan

A suicide bomber on a motorcycle rammed into people waiting outside a busy polling station in the Pakistani city of Quetta, killing at least 31 and casting a dark shadow over the election day.

The bombing also wounded 35 people, with several reported to be in a critical condition. 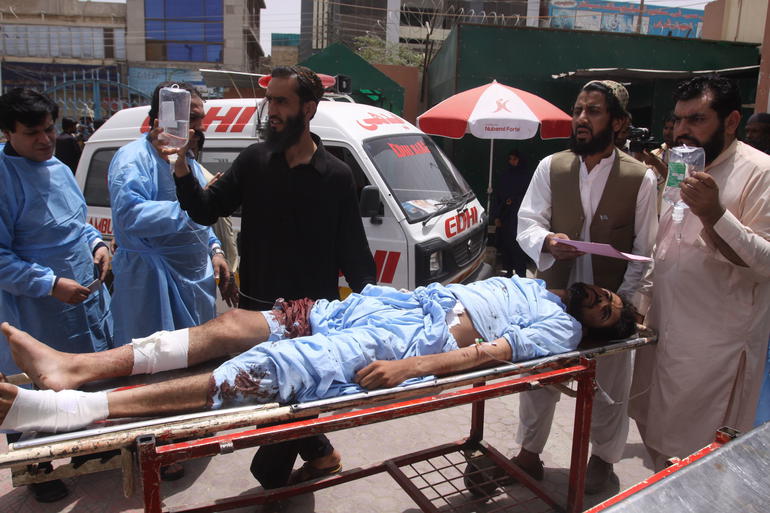 People rush an injured person to hospital in Quetta, Pakistan

No-one immediately claimed responsibility for the bombing but local officials were quick to blame the Islamic State group (IS).

Rev Wilson Gill, pastor of Emmanuel Church in Southall, moved to the UK from Pakistan 20 years ago.

He told Premier he will continue to pray for peace.

"I pray that there will be peace and smooth handle of the transfer of power to the party who will win or who will have the majority."