Rev Christopher Cocksworth said he was embarrassed by the fact that he had pressed the wrong button on his handset during the vote.

The House of Bishops voted by 43 to one in favour of the motion, triggering speculation as to which bishop had voted against their colleagues.

In a blog post on Wednesday, Rev Cocksworth admitted he mistakenly broke ranks.

He wrote: "Much to my embarrassment, however, I have managed to give the impression that there was not complete agreement in the House of Bishops that the report provided us with the best way forward.

"Due to a moment of distraction and some confusion over the voting process, I pressed the wrong button on my handset, thus registering a vote against taking note rather than a vote for taking note of the report! I have apologised to my colleagues in the House of Bishops and to the archbishops for my mistake." 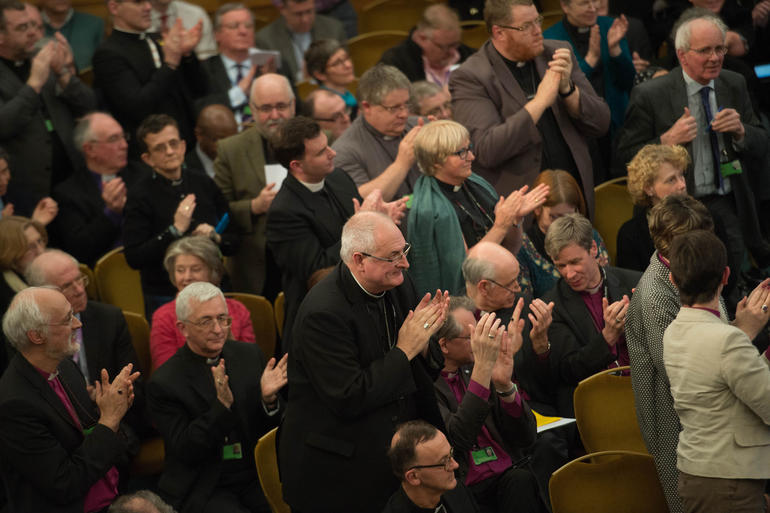 Last month's report on homosexuality said that the teaching on marriage would not change and within the Church it would only be between a man and a woman.

General Synod had been asked to take note of the report and in a close vote on Wednesday evening 100 clergy, 83 laity and 1 bishop refused.

But 93 clergy, 106 laity and 43 bishops voted for the motion. To have passed it would have needed a two thirds majority in each sector.

Speaking on Inspirational Breakfast this morning, Rev Jonathan Alderton-Ford, a member of the synod said: "Some poor bishop hit the wrong button at the crucial moment, he hit button two instead of button one... It's easily done in the passion of the moment."