Saif ul Malook defended Bibi after she was sentenced to death by hanging for allegedly insulting the Islamic prophet Muhammad in November 2010.

While Pakistan's Supreme Court ordered her to be released in October 2018, it upheld her acquittal following mass protests and petitions calling for her to be executed.

Malook also faced death threats from Islamic extremists for his decision to represent Bibi since 2014, as have the judges who ordered Bibi to be freed.

Responding to his award, Malook said in a statement: "Thanks to the National Secular Society for recognising my efforts to secure the acquittal of Asia Bibi (below).

"To fight blasphemy cases in Pakistan is putting one's own and families' lives at risk."

He is now representing another client in a blasphemy case involving Shaghufta Kausar, who faces a possible death sentence in Pakistan over a text message that allegedly insulted Muhammad.

"The moral support from organisations such as the National Secular Society has given me the courage to take the case of Shaghufta Kausar - another Christian woman on death row on blasphemy charges," Malook added.

"I assure you that I plan to continue my mission in providing legal aid to all blasphemy victims even in future regardless to the threat to my life." 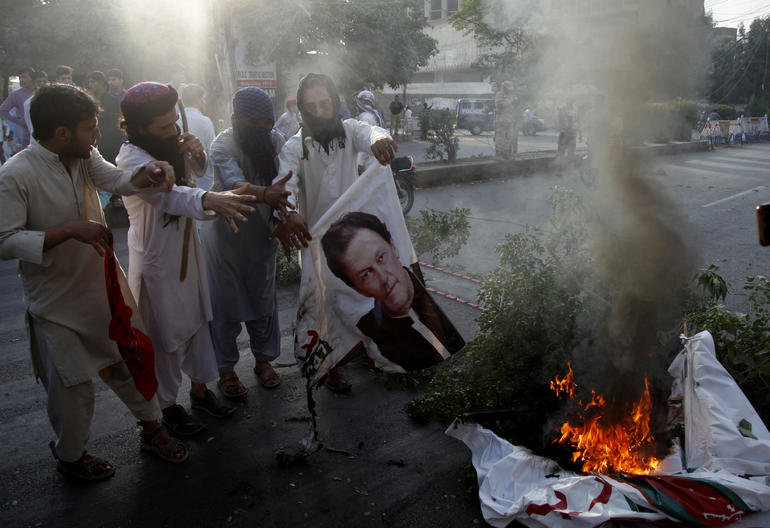 National Secular Society chief executive Stephen Evans said: "Saif ul Malook showed courage that few of us would be capable of summoning when he decided to defend Asia Bibi.

"Without his willingness to risk everything to stand up for her, the death sentence she faced for so long might have been carried out.

"His award should also stand as a testament to the many brave people who have defended Asia Bibi or challenged Pakistan's cruel blasphemy laws - some of whom have paid with their lives.

"And it should serve as a reminder that blasphemy laws are a theocratic outrage against freedom of expression wherever they exist. We urge the UK government to learn from the Asia Bibi case and do everything it can to hold countries which retain these laws to account for their violations of basic human rights."