An Iraqi church leader has met the Foreign Secretary Jeremy Hunt and spoken to MPs, asking them to keep the issue of Christian persecution in public political d

Catholic Chaldean Archbishop Bashar Warda of Erbil told Premier that Cabinet minister Jeremy Hunt was a "Great, great person and really we have great hope in him and his effort. I felt that he's so committed to that."

Speaking in a small but packed room in the Houses of Parliament, MPs such as David Linden, Jim Shannon, Brendan O'Hara, Chris Green and Mike Kane listened to Archbishop Warda of Erbil talk about the experience of Christians in Iraq and his call for their continued support.

"My visit here is to contribute to this report, and we want to see the outcome, the outcome would be how the UK government will deal with this issue, conditioned aid and conditioned diplomatic ties with countries but more importantly to make effective steps towards helping the persecuted ones."

"It's not enough just to speak to say, 'there is the prosecution' but at the end of the day, everyone [should] say what we have done and what we will do for the persecuted. So, we hope that the UK Government will take these issues seriously." 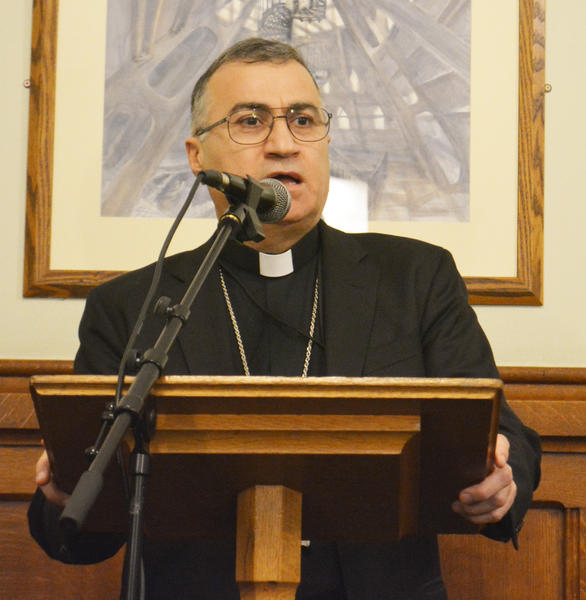 At the meeting in London he appealed to the UK Government to provide direct aid to Christians and others who have suffered genocide in Iraq.

He also met Foreign Office Minister Lord Ahmad of Wimbledon and went on to ask the UK to apply diplomatic pressure to the Government of Iraq to improve security and end institutionalised discrimination against Christians and other minorities. 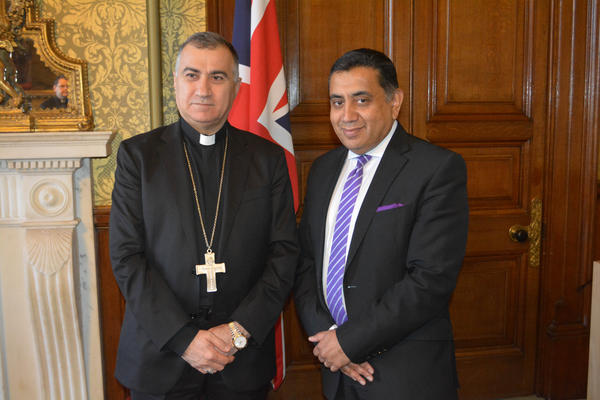 Christians in Iraq numbered more than 1.5 million before 2003 but latest reports say that following the Daesh (ISIS) genocide in 2014-17, Christians are now down to below 150,000.

Archbishop Warda said that, during their occupation of ancient Christian villages in the Nineveh plains, Daesh militants came close to destroying "the beating heart of our community".

He said that, with the exception of Hungary, Western governments had failed to match words of sympathy with action and reported slow progress in the task of rebuilding schools and medical care and declining security.