Suicide bombings which targeted three churches in Indonesia's second-largest city have been condemned by the United Nations Secretary-General.

António Guterres described the attacks, which killed at least eight people in Surabaya on Sunday, as "appalling" and offered condolences to families of the victims.

Police said the explosions were perpetrated by six members of one family - including two girls, aged nine and twelve - who all died. Islamic State has claimed responsibility.

Mr Guterres' spokesman said in a statement: "He is appalled at reports that children were used to participate in the attacks."

Congregations at the Santa Maria Roman Catholic Church, the Christian Church of Diponegoro and the Pantekosta Church were targeted in the blast. Forty-one people were injured.

Officers said the family had returned to Indonesia from Syria.

Experts have warned the estimated 1,100 Indonesians who have travelled to Syria to support Islamic State pose a threat if they return home. 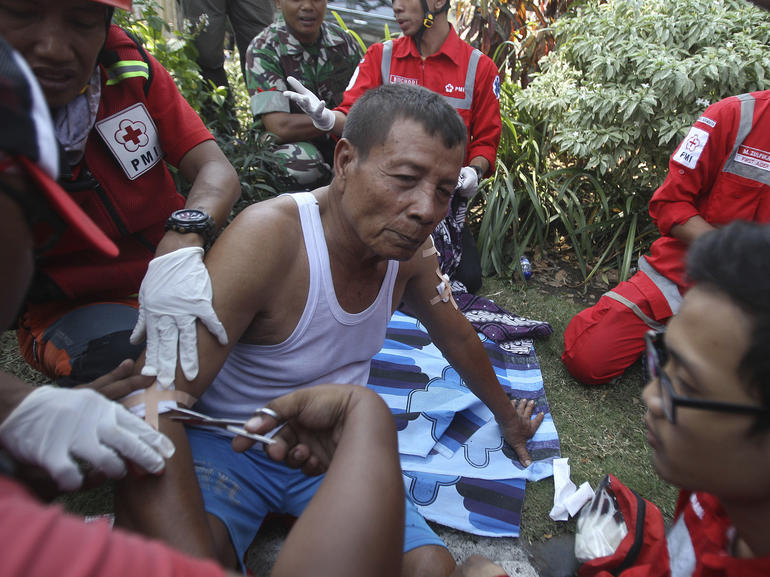 Mr Guterres' spokesman added: "The Secretary-General expresses his condolences to the families of the victims and wishes a swift recovery to those injured."

In a separate incident, ten people were hurt when suspected militants detonated explosives from a motorcycle at the police headquarters in Surabaya on Monday morning. 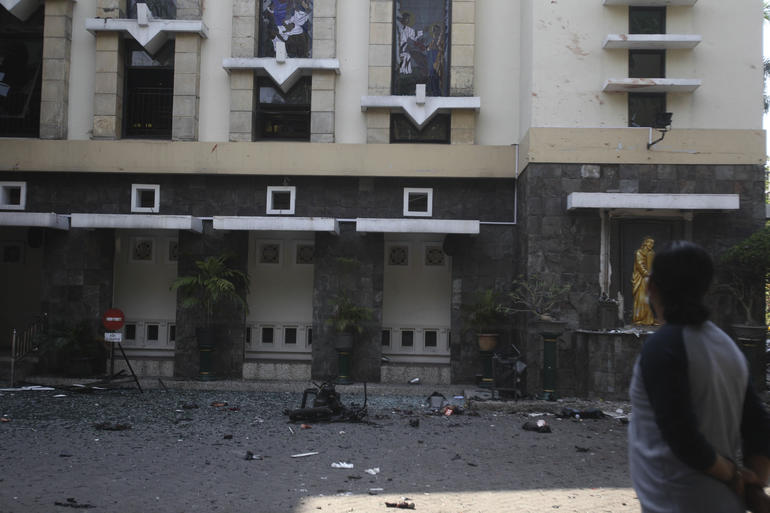 Debris are seen at a church where an explosion went off in Surabaya, East Java, Indonesia,