Anglican bishops: Hostility in Brexit debate 'not worthy of our country'

A joint statement issued on behalf of the Church of England's College of Bishops has called for a new tone of listening and respect in debates and describes the use of language in some cases as "unacceptable".

It urged for the 2016 referendum to be honoured and for the rule of law and impartiality of the courts to be upheld.

"We should speak to others with respect. And we should also listen. We should do this especially with the poor, with the marginalised, and with those whose voices are often not heard in our national conversation," it reads.

"We should not denigrate, patronise or ignore the honest views of fellow citizens, but seek to respect their opinions, their participation in society, and their votes."

The letter also encouraged parliament to look to the words of Jesus to guide them through the debate.

"The teachings of Jesus Christ call for us to be generous and humble servants; virtues which are for all leaders, whatever their faith," it reads.

"Our concern is also for the structure and the constitution of the United Kingdom. To use the words of Jesus, we must renew the structures that enable us to "love one another". Changes to our principles and values of government, if necessary, should be through careful planning and consultation.

"It is easy to descend into division and abuse – climbing out and finding unity again takes far longer. Further entrenching our divisions, whether from uncertainty or from partisanship, is not worthy of our country nor the leadership we now need. We are a body that understands from our own experience the dangers of division. It is our view and most solemn warning that we must find better ways of acting."

The letter came as Dominic Cummings continued the "people versus Parliament" rhetoric by saying the fury of some voters is unsurprising.

Boris Johnson's senior adviser criticised many MPs as being "disconnected" from what people think in the "real world", as the Prime Minister refused to apologise over his controversial words. 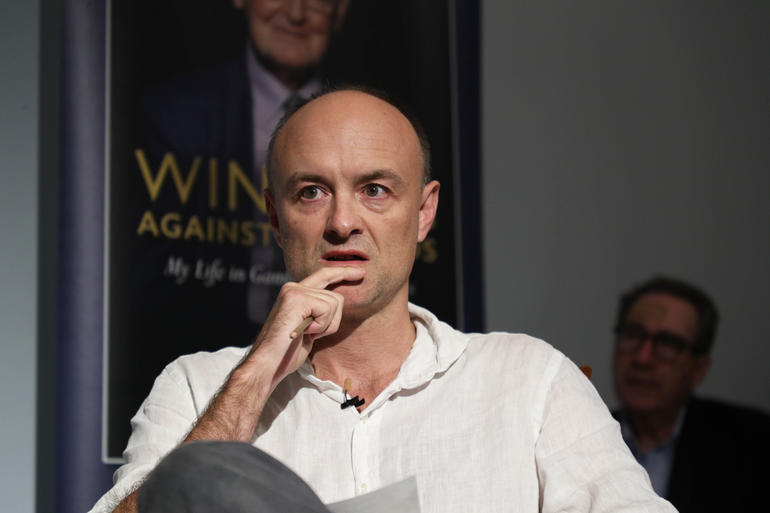 Dominic Cummings, a senior aide to Prime Minister Boris Johnson, attends the book launch of Winning Against the Odds: My Life in Gambling and Politics by Stuart Wheeler.

The PM stoked tensions during fiery exchanges in the Commons this week where he repeatedly described attempts to block no-deal as the "surrender act".

He also dismissed a Labour MP's complaint that his "inflammatory" language risked provoking attacks as "humbug".

He was facing calls to apologise for language that pits politicians against voters and was even criticised by his sister Rachel Johnson for using "strongman" tactics. 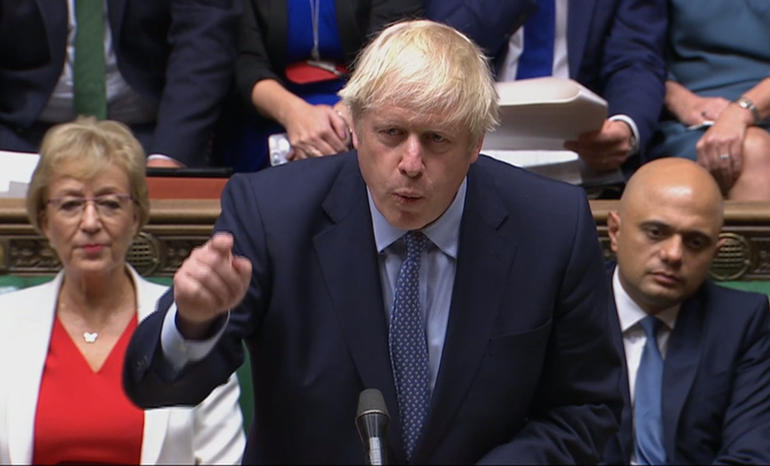 Prime Minister Boris Johnson speaks in the House of Commons, London, after judges at the Supreme Court ruled that his advice to the Queen to suspend Parliament for five weeks was unlawful.

But the PM's de facto chief of staff Mr Cummings risked further stoking tensions, as he answered questions after the book launch of a Vote Leave backer on Thursday night.

Asked if he blamed MPs for the abuse, Mr Cummings criticised them for not respecting the result of the 2016 referendum, adding: "It is not surprising some people are angry about it."

He said that both Leave and Remain campaigners have had "serious threats" of violence, which should be taken seriously.

"In the end the situation can only be resolved by Parliament honouring its promise to respect the result," he added.

Mr Cummings described the current chaos as "a walk in the park" compared to the referendum during which he was Vote Leave campaign director.